Last Friday in Anaheim, the Walt Disney Company officially inducted Jack Kirby and Stan Lee into their Hall of Fame, dubbing them Disney Legends. Stan accepted the honor in person, and was visibly moved, especially through the discussion of his collaborator in the 1960s, Jack Kirby. With a strong body of work together (Fantastic Four, Thor, Iron Man, the Avengers, the X-Men and more), it was only appropriate that they would be inducted the same year, the 30th anniversary of the Disney honor.

Of course, both leading up and leading away from the ceremony, there have been unkind comments toward Lee, who some feel stole glory from Kirby. In response, this morning Jack’s son Neal composed a statement for the Facebook page “Kirby4Heroes,” associated with the great charity, the Hero Initiative. Neal’s daughter Jillian posted it on his behalf. While it may not put the matter to rest for those who wish to be outraged, there’s a stronger point here — thanks to Disney, future generations will have no doubt that Jack Kirby co-created the Marvel Age of Comics.

First, a tremendous thanks to all of you who have supported Jillian and her K4H Facebook page for the past four years, helping to raise over $70,000 for the Hero Initiative charity.  By doing so, you have also shown your love and support for my father which is greatly appreciated.

This past Friday I had the honor of accepting the Disney Legends Award on behalf of my father. I feel his legacy has now come full circle.  Stan Lee, also receiving an award, very graciously and emotionally paid tribute to my father at the beginning and end of his remarks.  My wife Connie, Jillian and I met Stan later in the day, and again he was very gracious.

I am mentioning this as, over the last two days, I have seen several, what I would consider mean-spirited remarks, about Stan Lee.  As someone who is probably much older than the vast majority of you reading this (I will admit to pushing 70), you realize that you reach a point in your life where it is time to heal.  Regardless of how you may feel about events that occurred years ago, it’s time to be done – give it a rest – put it to bed.  I know I am ready.  What’s paramount is that my father is now getting the recognition he so truly deserves, and, I’m assured, this is just the beginning.  Let all of us who loved my father share in that joy and move on to the future.  Thank you all so much, again, for being there for my Dad.

With great thanks to all of you,

Personally, I feel like Stan and Jack were the Lennon and McCartney of comics. Together, they did amazing work, just as Jack also collaborated with Joe Simon for Captain America, and let’s see if Joe Simon can get Legend status at the next D23. In the meantime, let us celebrate both men for what they gave us, and how they influenced us and our culture. 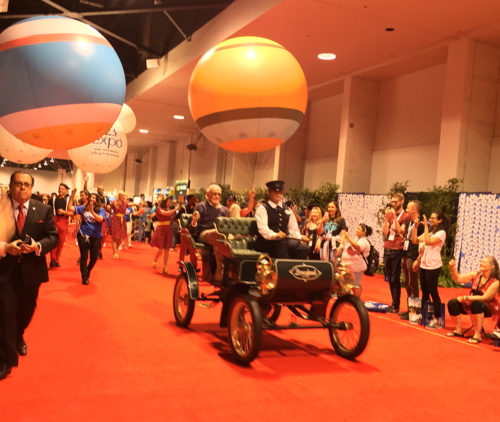