Getting ready for Hall H and the release of the first trailer, here’s the poster for Aquaman. Jason Momoa rules this poster as easily as he’ll rule the Seven Seas — and we’ll know more Saturday when Warner Bros. Films unleashes something better than the Kraken — it’s Aquaman. The actual film hits theaters on December 21st in the US. I may have to declare it a personal holiday. 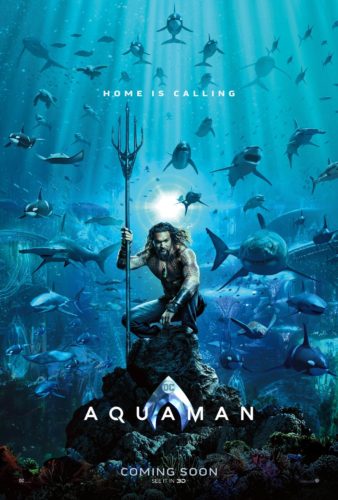