HBO has released a new trailer for its upcoming fantasy series, His Dark Materials. A new adaptation of Phillip Pullman’s beloved work, HBO co-produces with the BBC. 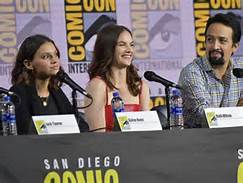 Jack Thorne penned and Tom Hooper directed some of the eight-episode first season with Jane Tranter and Julie Gardner producing. The show will premiere this Fall with the second season already in pre-production.