When the opportunity came to take on the Terminator, director Tim Miller didn’t want to make another unconnected movie. Instead, he wanted to tell an untold story and chose Sarah Connor’s. Linda Hamilton agreed and started a health and fitness regimen to be ready to fight the future again. The rest of the cast followed suit. During the panel at Hall H today, Linda kept going on about how she can’t watch the film because she can’t believe she’s gotten old, but she looked great. 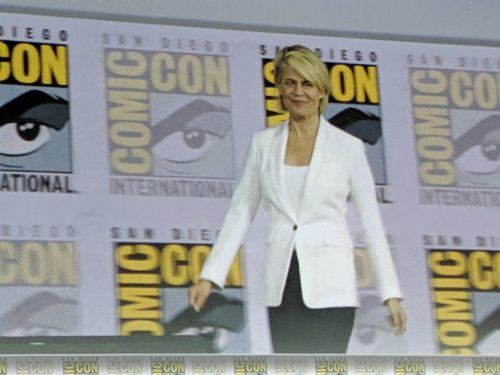 As you may have guessed from the trailer, the big twist this time out is another “future soldier” in the person of Mackenzie Davis, playing an”augmented” human protecting another present day young woman  targeted by terminators. Terminator: Dark Fate’s terminators are a combination of the T1000 morphers and the standard skeletal models, and can divide into two units if necessary (one morpher, one skeleton). 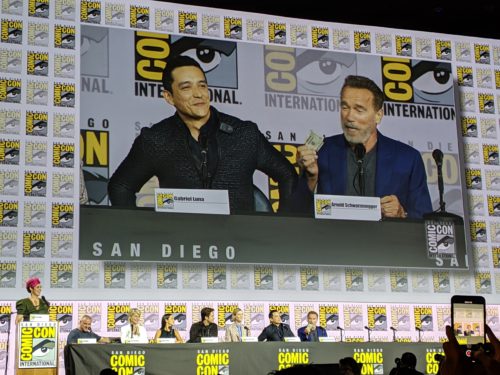 Arnold is now Carl, apparently one of the prior Good Terminators who is living in the woods with a hidden arsenal and shooting range. Sarah’s best line “I’m never going to call you ‘Carl.’” By audience demand (and spurred on by Miller), they played the special preview footage twice. 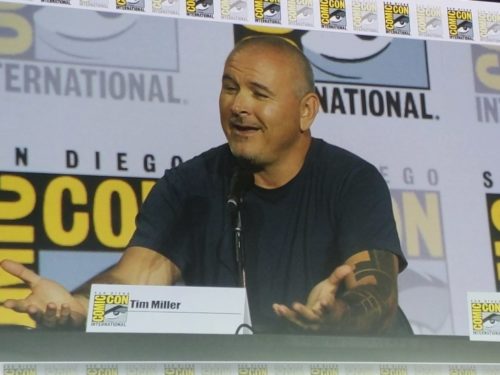 When the panel was over and people were starting to leave, Conan O’Brien rushed out on stage and demanded everyone remain in their seats to see the special announcement of “…the follow-up film to the bet movie ever made.” O’Brien introduced Tom Cruise, with smiles bigger than his face. For the last 35 years, Cruise said, people have kept asking when he was going to make a Top Gun sequel. And, as Cruise remains more unstoppable than any terminator, he has done so, and has the trailer for the 2020 release. 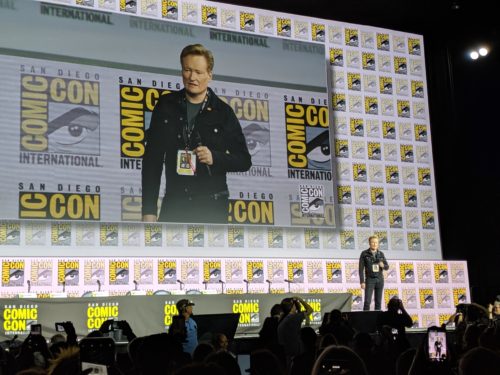 To the credit of the film and a great change of pace, according to Cruise all the shots are practical, no CG. It looks great, with lots of crazy flying stunts and Cruise very visible in the cockpit, possibly defying gravity through sheer force of will. His character, Maverick, is still a captain after 35 years, the only pilot to have shot down 3 enemy fighters. 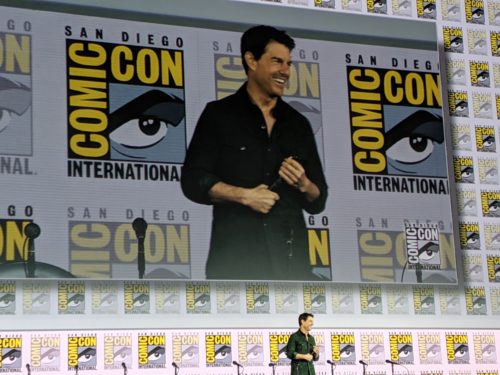 Of course the crowd went wild — this is why they come to Comic-Con, for these unexpected moments. Cruise basked in the glory, and deserved every minute of it. But when are he and Schwarzenegger going to team up?

We’re waiting for Top Terminator in 2023.

About Ric Bretschneider 652 Articles
When Ric Bretschneider isn't producing the Fanboy Planet Podcast, he obsessively collects geek activities. If you Google him, you'd swear you're looking at five different guys. A professional software developer for decades, your computer likely has at least one application he's worked on. He consults with individuals and groups on how to effectively present and engage an audience. Lately he’s been into pro and fan applications of e-communities and podcasting. When he has a moment, Ric reads books and comics, and plays analog board and card games. He's here to help people, it's what he does.