I keep starting this article, putting it aside, and waiting for an update because so many rumors cropped up this summer about the CW Arrowverse’s Crisis on Infinite Earths that every time I would say, “THIS is the day I run with it,” something would be debunked. And like Hydra, two new rumors would take its place.

But today, THIS is the day I run with it.

For whatever reason, WarnerMedia kept DC Films out of Hall H this year (and mostly off the floor as well). But WBTV brought both DC Universe and the CW, and announced several surprises — not least of which was Brandon Routh playing a dual role, both as Ray Palmer/The Atom from DC’s Legends of Tomorrow, but also (sort of) reprising his role from Superman Returns, this time as Superman from the Kingdom Come Earth. He’ll be joined by actor Kevin Conroy making his first live-action appearance as Bruce Wayne/Batman, also from Kingdom Come. 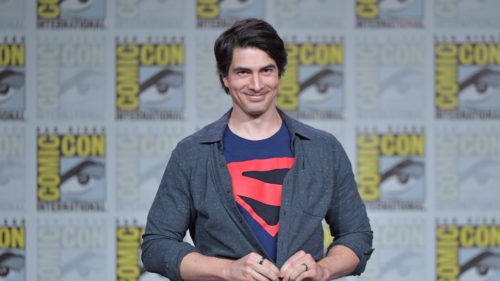 Now, after two months of teasing, Arrowverse mastermind Marc Guggenheim has confirmed that one other key alternate Superman will appear, one who we’ve barely seen as Superman: Tom Welling will don the tights as we return to the Earth of Smallville. And he’s not alone; Erica Durance will make a welcome return as Lois Lane, who was ultimately one of the best portrayals of the character. No word yet on Michael Rosenbaum as Lex Luthor, though a month ago he tweeted that he had not been contacted. But isn’t that just what Lex Luthor would say?

After ten seasons, Smallville ended with a glimpse of Welling in the suit, really just striking that iconic pose of tearing open his shirt to reveal that Kryptonian symbol for hope. The series had a motto of “no tights, no flights,” which got harder and harder to honor. At the time Welling also seemed uninterested in wearing the red and blue — unless it was that cool leather jacket that made him “the Red and Blue Blur.” Hopefully, he’s changed his mind so we can see three Supermen — Welling, Routh, and Tyler Hoechlin, the Superman who appears on Supergirl. 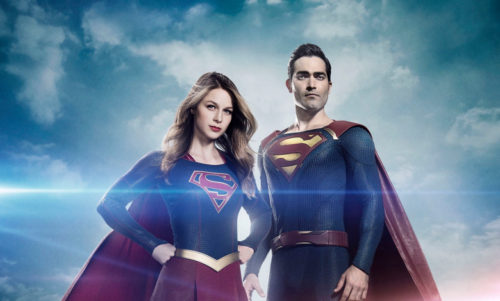 What’s very cool about this triple casting is that it confirms that characters can exist on alternate Earths with either same names and abilities, but different appearances, or vice versa — from a hint in last year’s Elseworlds crossover, Oliver Queen’s team mate John Diggle — Spartan in the main Arrowverse reality — may also be the Green Lantern John Stewart on Earth-90, where John Wesley Shipp’s version of Barry Allen, the Flash, came from.

Shipp himself has been confirmed to return to the Crisis, but whether it’s as Grant Gustin’s father Henry Allen, Earth-3 Flash Jay Garrick, or Earth-90’s Flash has not been announced. See how wonderfully confusing this could be?

But wait — there’s more! Out of Comic-Con we also learned that Burt Ward, Robin on Batman 66, would play a role, and we’re all assuming that’s a retired Boy Wonder. Lynda Carter returns as well, though she has been on Supergirl as the US President, so may not be appearing as Wonder Woman. If Guggenheim announces Lyle Waggoner, we’ll know for sure. And in another case of one face, many identities, Tom Cavanagh has at least three parts to play in this Crisis; the villainous Eobard Thawne, the mentor Dr. Wells, and the additional tragic Pariah, key to the Crisis in the comics. 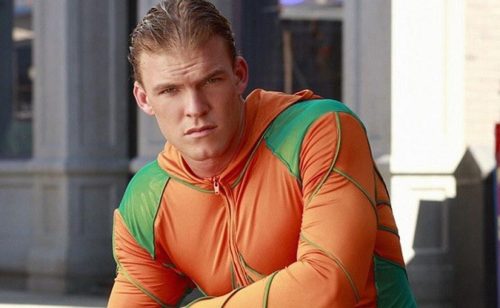 The missing pieces of cinematic/TV universes still have time to be announced, though right now Crisis on Infinite Earths will already be causing a nostalgic overload. Helen Slater, who has already had a recurring role as the adoptive human mother of Melissa Benoist’s Supergirl, could reprise being Supergirl herself, tying us into the Salkind-verse started by the late Christopher Reeve (who himself appeared as Dr. Swan on Smallville). I’d also be impressed if Ezra Miller vibrated into a shot for just one second. And every couple of weeks, we hear rumor that somebody from DC Universe’s Titans will appear, but that could just mean that Alan Ritchson, who plays Hawk on that series, would be stepping back in as Aquaman from Smallville. (Want to be extra nerdy about it, Guggenheim? Bring back Smallville’s Green Arrow, Justin Hartley, but as Aquaman from the failed pilot Mercy Reef.)

We’ll see. It just keeps getting better and better.