If you’ve attended a science fiction convention in the San Francisco Bay Area, chances are you’ve crossed paths with Mette Hedin and Bryan Little. You just didn’t recognize either of them, because the couple’s cosplay is so transformative. As fan guests of honor at last weekend’s Con-Volution in San Ramon, they had the opportunity to set up a little gallery of some greatest hits, with Mette leading workshops on prosthetics construction and talking about her adventures.

Graciously, she let me share photos of the gallery here, so you can see how great her hand-made work is. As far as I know, she rarely repeats herself, though her Heath Ledger as the Joker reappeared Saturday night, alongside Bryan and Debbie Bretschneider as Batwoman (which, by the way, Debbie constructed). 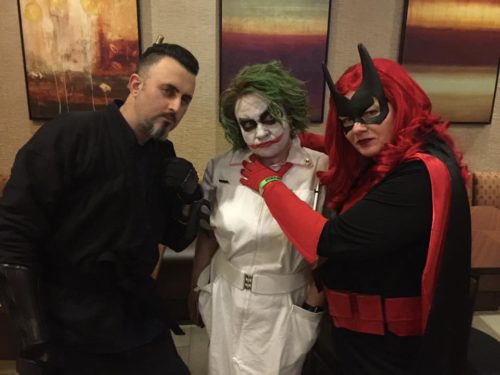 And here’s how Mette looked during the day: 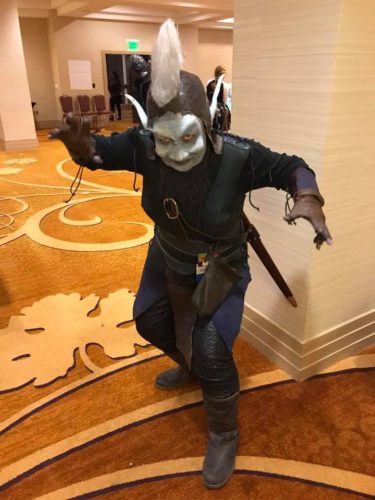 Here are some shots of the gallery — everything constructed by Mette and Bryan except for boots and gloves. Correction — the pants and corset for Mugatu were purchased: 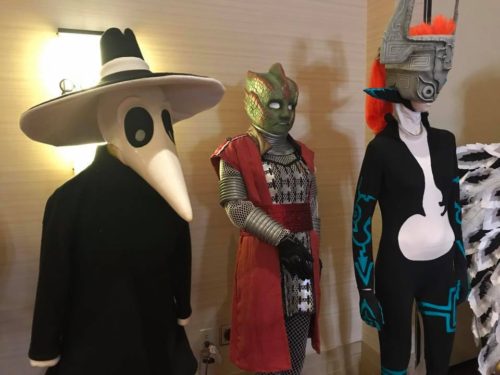 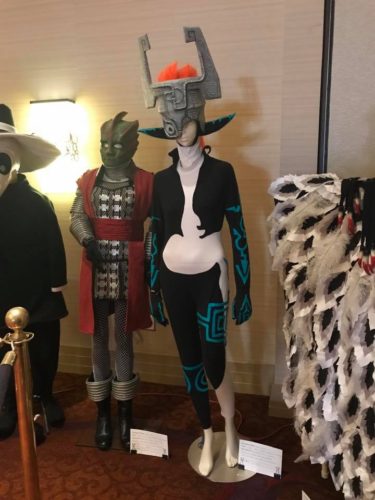 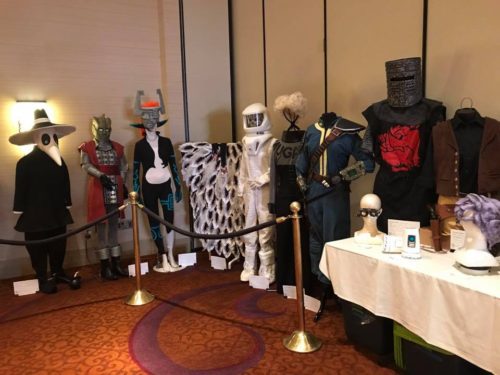 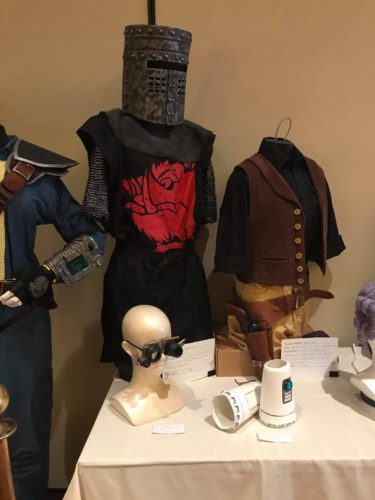 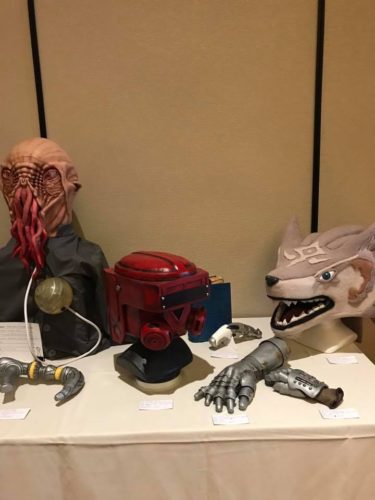 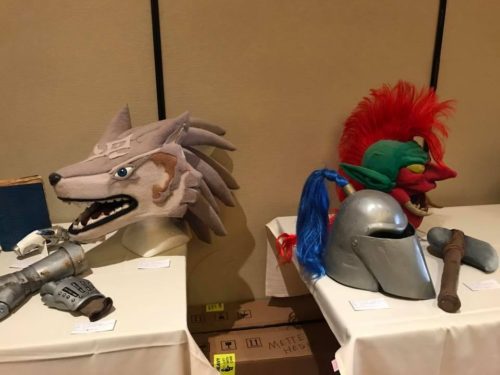 Whether it be just a flesh wound, or bringing animated characters to life, you have to agree, this is some amazing work that pretty much settles why I don’t dress up for Halloween: the bar is just set too high by friends like these two. Likely they will be appearing at Silicon Valley Comic-Con, BayCon, and Worldcon 2018, so keep an eye out. Maybe they’ll cosplay as Ric Bretschneider and myself. YOU JUST WON’T KNOW!