You might think that C-3PO and R2-D2 are the Rosencrantz and Guildenstern of the Star Wars Universe. Tag and Bink, stars of the (originally) Dark Horse Comics’ mini-series Tag and Bink Are Dead ,really fill that role of the hapless participants who keep showing up on the periphery of everything.

The wrong guys in the right place at the wrong time, the duo were seemingly wiped away when Disney eliminated the “Expanded Universe,” relegating them to unlikely Legends. However, now Young Han Solo director Ron Howard has confirmed that writer Kevin Rubio’s creations have become canon. It’s hard to say “once more,” because their comics appearances were fun and silly, so possibly not canon before at all. Howard tweeted this out:

Thank You, Kevin. I’m a huge fan and I had to get ’em in there, and then had to play it myself (with Toby Hefferman) to do it justice

Kasdan wrote the screenplay along with his father Lawrence Kasdan (The Empire Strikes Back, Raiders of the Lost Ark, The Force Awakens, Silverado… eh, you know). While production on Young Han Solo (not the final title… maybe) has been troubled, at least we know that on the creative side, this is being done for fans by fans, and talented ones to boot.

This also means Marvel really has to reprint the mini-series. A nice trade paperback will do. 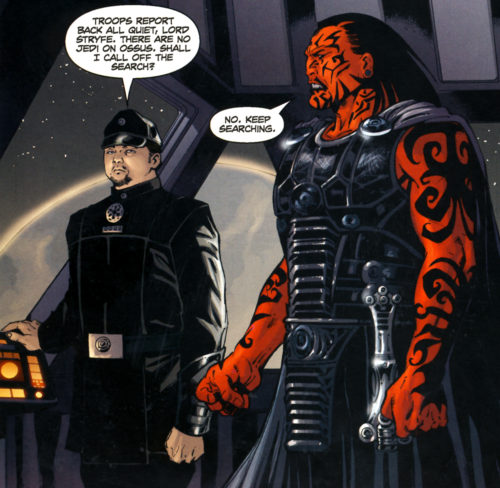