He idolized Olivier. He could have become the next Karloff. For a brief time in the late ’60s and early ’70s, he was almost bigger than the Beatles. Playing one of the first — if not the first — tortured vampire in popular culture, Jonathan Frid took America by storm on the afternoon ABC gothic soap opera Dark Shadows. If this kind and gentle man with a powerful voice didn’t escape the shadow of Barnabas Collins, it may be that he didn’t try too hard.

The new documentary Dark Shadows and Beyond: The Jonathan Frid Story doesn’t try too hard, either, to do more than shine a light on his talent. If you love Frid, and thrilled to Barnabas Collins, you may eat it up. Interviews with peers — both from stage companies and the show — make it clear he was a consummate professional. Nobody has a bad word to say about him — and that’s not a bad thing.  That does, however, leave us with little insight into the man. 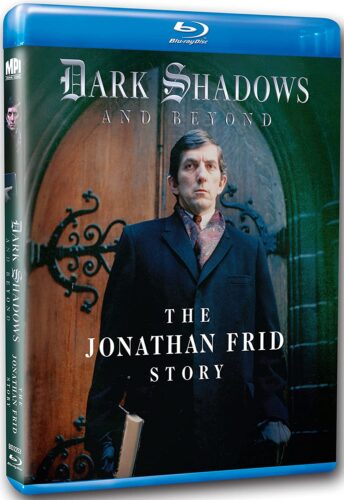 Early letters he wrote to his parents express some frustration with being a struggling actor. Brought to life in voice-over by actor Ian Buchanan, it’s understandable that not getting this or that role was discouraging. At a couple of points, the narrator points out that Frid may have struggled with dyslexia, but after the first mention, it only really reflects in his need to run lines over and over. Professional? Yes. Prepared? Yes. Dramatic? Not really.

That he had conflicts with Dan Curtis, the creator of Dark Shadows, could have been gripping. Most of it seems to stem from the theatrical adaptation House of Dark Shadows. Meant as a stand-alone film, Barnabas Collins comes across much darker and less conflicted about his bloodlust; from 2021, I’d have to agree with Frid. It was entertaining, but it wasn’t quite Dark Shadows.

Neither was the Tim Burton-helmed remake — which admittedly would have been derailing the narrative to delve deeper, but it’s clear that other surviving cast members of the original didn’t like the result, and neither did the fans. As for Frid, he was a gentleman, and sadly, reaching the end of his life, so like so much of his life, his opinion was kept to himself (if he had one). 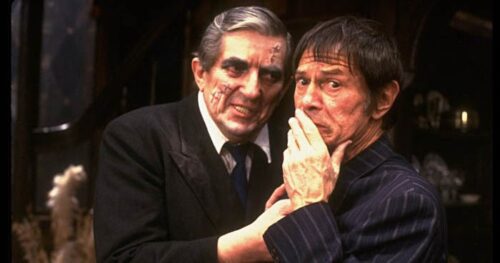 What remains are tantalizing glimpses of stage performances, notably of an all-star revival of Joseph Kesslring’s “Arsenic and Old Lace.” There Frid indeed played the role originated by Boris Karloff, and a snippet featuring Frid and Larry Storch as Dr. Einstein makes me wonder if somewhere, somehow, the whole production has a video record for the public. In that context, cast member Marion Ross remembers it as a successful tour where audiences thought it was nice they saw “Mrs. C.” on stage, but they really wanted to meet Jonathan Frid.

Because he was good — not just as an actor, but a good person. Though perplexed by his fame, he leaned into it when it helped for charity. If it gave him enough credibility to form a small company and read great pieces of literature in a series of one-man shows, that was a bonus, too.

You’ll come away with great respect for him, and maybe sadness that this good man perhaps saw his acclaim fade in his lifetime. He didn’t complain. And it’s not that there should be dirt on the man; it just would have been compelling to have more insight. 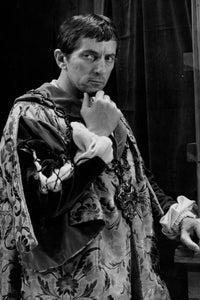 The film comes with many extras, not all centered around Dark Shadows. Though there isn’t a full-length production of “Arsenic and Old Lace,” you can watch a televised production of “Henry IV, Part 1” featuring Frid. Can you imagine such a time where culture and popular culture co-existed so peacefully?

If you want to walk deeper into Dark Shadows, the original series streams on IMDBtv, and Big Finish did some entertaining audio dramas with the remaining cast. Admittedly, they’re not quite as compelling without Barnabas Collins. There was only one. And he was great.