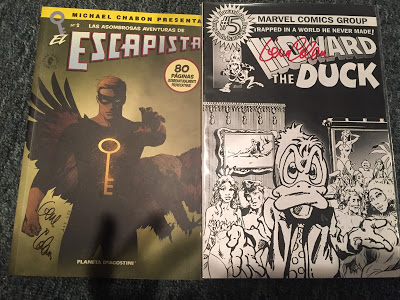 Over the weekend, writer Clifford Meth reached out to let me know that he’s in the midst of running an auction for the SIDEKICK Foundation, which helps comics creators in need. Specifically, the funds raised will go toward the Gene Colan Scholarship and the Dave and Paty Cockrum Scholarship, both of which are awarded to students at the Joe Kubert School for Comic Art.

This feels like a two for one if your bid wins one of these items. You’re receiving something from the personal collections of giants in the industry, and you’re helping a future giant get their start. (There are other items, including autographed sports memorabilia.)

For those unfamiliar, Gene Colan was a brilliant cinematic artist possibly best known for his work with Marv Wolfman on Tomb of Dracula, and for some of us, Howard the Duck, both for Marvel. But that’s only the tip of the iceberg. I’m still waiting for DC to realize they have Silverblade in their catalog, and reprint THAT.

As for artist Dave Cockrum, he was the man who modernized the Legion of Superheroes (the first time), and gave the world Nightcrawler and Storm of the X-Men, among many, many other creations. Aardwolf Publishing, where Cliff Meth does most of his work, is just about to launch a new take on Cockrum’s The Futurians. Dave’s wife Paty was a colorist whose groundbreaking work illuminated countless books for Marvel and DC.

The auction has art from other creators as well, all for a good cause. Take a look here and check back, as Cliff and Aardwolf will be updating the offerings. 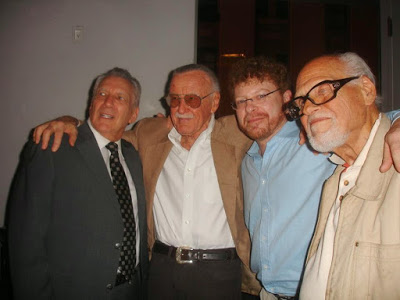