Having an opening weekend of $135 million means that Fox can buy a lot of chimichangas. The studio also owes their marketing department big time for a creative and clever campaign that made sure everybody in the United States knew Deadpool was coming and bordered on overkill. Deadpool would approve. The Merc with a Mouth doesn’t go for subtle.

Not bad for a movie that at one time the studio didn’t even want to make. It doesn’t quite prove William Goldman’s adage that nobody knows anything, but it comes close. Now other studios are scrambling to figure it out, and look at what they have in development that might be like Deadpool. Outsiders claim that includes Marvel (which didn’t actually produce Deadpool, despite him being a Marvel character), but Hollywood pundit memories are short. They forget that a couple of years ago, they were saying the same thing about Guardians of the Galaxy.

That movie’s director, James Gunn, didn’t forget. On Facebook yesterday he posted a long and thoughtful screed about Deadpool’s success and what lessons should be learned from it. “Deadpool was its own thing,” he wrote. “THAT’S what people are reacting to. It’s original, it’s damn good, it was made with love by the filmmakers, and it wasn’t afraid to take risks.”

Kind of like Guardians of the Galaxy. It was its own thing, with a writer/director who had a vision that Marvel let happen. I’ll argue even further that the other thing that binds these two movies together is that neither is afraid to show sadness — Deadpool really does have a strangely believable and tragic love story at its core, and Guardians of the Galaxy drips with loss, and how people deal with it in different ways, most of them poorly. Both movies are also exciting and funny, but they’re original to themselves, while true to their source material.

So, no… we shouldn’t see a bunch of Deadpool clones (though we might — Gunn is also right on the money that studios are trying to ape Guardians; Paramount warped the Star Trek franchise into looking as much like Guardians of the Galaxy as it can for Star Trek Beyond). What we should see is more movies true to themselves and the characters being portrayed. Instead of following a perceived trend, studios with comic book properties should let them be what they are. Both Guardians of the Galaxy and Deadpool prove that audiences want things that feel genuine. They’ll follow franchises — Marvel proves that — but they want the franchises to be of themselves.

As much as I like Lobo and Ambush Bug over at DC, neither of those should be fast-tracked into development unless some writer has a really good idea for them. (Okay, I’m faking the Ambush Bug buzz, but Lobo’s name has been batted about a lot this weekend.) Instead, despite what Warner CEO Kevin Tsujihara said over a year ago about all their DC properties being PG-13, the studio should let Suicide Squad be R Rated, because that’s perfectly appropriate to that material. I’m not handing a 10 year old the comic book, and I’m not keen on letting one see some of DC’s sleaziest villains — I’m sorry, antiheroes — do what they do best. But I might be keen on seeing it. UPDATE: Fox has announced at New York Toy Fair that Wolverine 3 will be rated R; depending on the material used, that, too, is appropriate, but an even more difficult path with the prior two in the series being PG-13. Just remember: he is the best at what he does, and what he does isn’t very nice. He kills people. 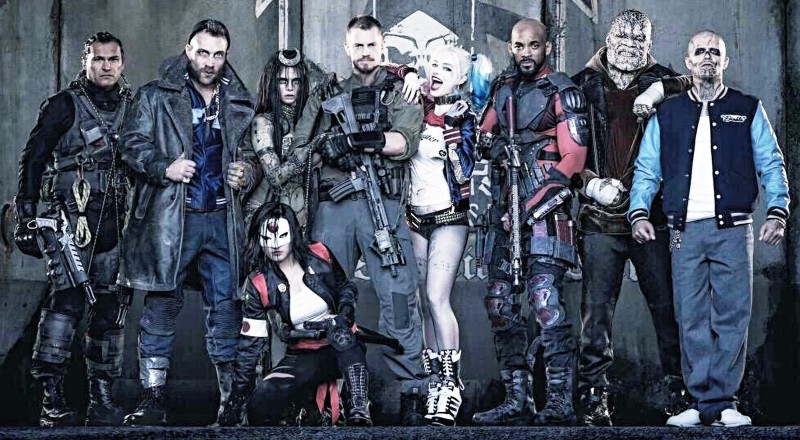 But also let Shazam!, a movie about a kid with a magic word that transforms him into an adult superhero, be just PG. Let it be what it’s meant to be. Make a fun Metal Men movie, as the studio once promised. But still make Justice League, and make sure it’s the Justice League, not The Avengers.

Marvel should take one lesson from Fox’s production of Deadpool: director Tim Miller proved that tight action sequences can still have snappy banter. Since that element of Deadpool was lifted directly from Spider-Man, the Wallcrawler’s solo films that Marvel will be coproducing with Sony should be funny as heck, with that undercurrent of sadness that drives Peter Parker. This shouldn’t be because it worked for Deadpool; it should be because that’s who Spider-Man is.

Because the other thing studios don’t quite seem to get is that there have been other good movies translated from comics, but the success of Deadpool also comes from our culture having latched onto him before the movie happened. Warner Brothers doesn’t need Lobo, and though the character has a cult following, he doesn’t have cultural cache. Warner Brothers already has Harley Quinn (appearing in Suicide Squad), whose image is everywhere, almost as much as Deadpool’s.  You can’t force that recognition anymore; it has to happen.

That’s why the DC Cinematic Universe is so Batman heavy — EVERYBODY knows Batman. That’s why Marvel wanted Spider-Man back; everybody knows Spider-Man. And that’s why Guardians of the Galaxy worked… wait. Dammit. Goldman was right. Maybe nobody DOES know anything.