Last week DC Comics released installments of two major events: Dark Nights Metal ended with issue #6 and Doomsday Clock continued its maddening ticking towards the end with issue #4. Both involve the entire DC Universe, (say it with me) changing it forever. Both are created by superstar teams, and both are really well-done. But two events diverged in a wood, and these two books lay out two different philosophies of where DC Comics can go — and maybe two different philosophies of where comics fans are going.

The event that just wrapped, Dark Nights Metal, is a book that lives up to its title. Play your favorite AC/DC album while reading the series; just about any song will make a perfect background when a shiny-armored Justice League swoops down on the demon Barbatos on Joker-faced dragons. If you didn’t guess from that sentence, this thing is insane, deliriously so.

Like many “big events” in DC history, it had its high points and its low points, and as has become the style at least since Infinite Crisis, Metal offers up that something even bigger is coming down the pike. But how does it get bigger than JOKER DRAGONS?!? Start with eight new titles in a “New Age of Heroes,” not to be confused with a “Rebirth.” 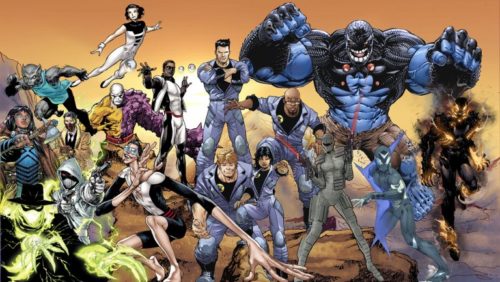 Actually, Metal did something I absolutely love — which was to open up a multitude of multiverses again. In the mid-80s, Crisis on Infinite Earths reduced the DC Universe to one universe and one Earth, until other writers realized that some cool concepts in DC required a multiverse. John Byrne sort of worked around that by creating a “Pocket Dimension” so that the Legion of Superheroes could still be inspired by Superboy, despite Superboy no longer existing as a character at the time. Writers Grant Morrison and Mark Waid took it a step further with The Kingdom, by creating Hypertime, the idea that stories weave in and out of continuity. Whatever YOU want to believe happened in continuity is just fine, but other writers don’t have to follow it.

Then that sort of faded, too. After Infinite Crisis, we were back to two Earths, though there were hints of more. Morrison got to come back with Final Crisis and establish the idea of the Orrery — that there are multiple Earths, but only 52 of them. (He so clearly wanted them to be infinite again — and Scott Snyder at least consulted with Morrison on Metal.) Morrison laid out a few of those Earths with The Multiversity, while DC Chief Creative Officer Geoff Johns countered with Flashpoint, which led to The New 52 and tried to reduce the Earths to three. But we’ll get back to Johns in a bit.

By accident, DC discovered that some fans, at least, wanted infinite possibilities when they published Convergence. The event was designed to suspend regular titles for a couple of months while the DC offices moved from New York to Los Angeles — an entire event that was just supposed to be a fill-in. In itself, the crossover wasn’t spectacular, but DC found some happy accidents, such as people responding more to the previous version of Superman than the one that had been redesigned for the New 52.

You probably have enough of a headache, so let’s skip back to Metal: Snyder and his friends (because a TON of writers helped with this) created the concept of the Forge. Realities are constantly being born; some end and go back to the Forge, and some take off. The point is that anything’s possible again in DC Comics. Our imaginations can run wild. Joker Dragons are just the beginning. 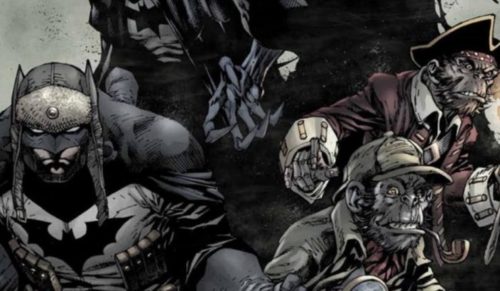 So you get those eight new books, only a few of which seem to directly spin out of Metal. Of course I’m partial to The Terrifics, a team book that unites four characters who used to come from other “realities” in DC Comics. Michael Holt, aka Mr. Terrific, was once from Earth-2. Eel O’Brian, aka Plastic Man, wasn’t even originally a DC Comics character — he was originally published by Quality Comics in the 1940s, so technically, he’s from Earth-X. Linya Wazzo, Phantom Girl, is likely an ancestor of Tinya Wazzo, both from an otherdimensional Earth called Bzgtl (and, sadly, I didn’t have to look that up to know how to spell it) and from an alternate future with the Legion of Superheroes. Only Rex Mason, Metamorpho, is a character firmly rooted on Earth-1, or Earth-Prime as it was renamed in Rebirth.

Do you need to know all that history to enjoy The Terrifics or any of the other “New Age of Heroes” titles? Not at all. And Snyder isn’t writing for me. That he caught me up in his net is just a bonus. Metal, like The New 52 relaunch and to some extent Rebirth, is meant to attract new readers, and cause new excitement. That isn’t a bad thing at all. DC Comics knows that being stuck in the past only appeals to readers like, well, me. 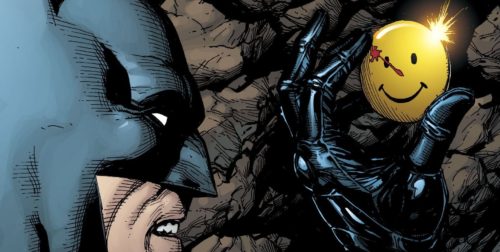 And that’s how Johns has really made his career. Infinite Crisis played as a sequel to Crisis on Infinite Earths, and Johns picked up every single possible dangling plot thread he could find and either wove it back in or overtly snipped it off. The New 52 restarted DC Comics and made the characters ten years younger than they had been, because the thought was that a younger, rougher set of heroes would capture readers who were spending tons of money on videogames and movies — why not comics? They had a backdoor, of course, set up by Flashpoint, where Johns established from the beginning that something bigger was coming, and that this was the reality that was intended all along.

When that younger, rougher thing proved to be a little too dark, we got Rebirth. And guess what? Someone, some cosmic figure, had consciously removed those ten years from reality. It couldn’t just be another reboot. That someone is probably Dr. Manhattan (but maybe not) from the classic graphic novel Watchmen, because Johns himself is kind of like Dr. Manhattan — DC Comics continuity is like a watch, and Johns loves making sure that all the pieces are in their place and tightly wound.

Don’t believe me? A while back he returned Hal Jordan to being Green Lantern after the character had become a villain named Parallax and then sacrificed himself to save the Earth in a pretty good redemptive move. First, it turned out Parallax was the name of the yellow entity that caused Green Lanterns’ weakness and had possessed Jordan. That was actually a cool retcon to explain why one of DC’s best heroes turned bad. But for a while, artists had drawn Jordan with white hair at his temples, possibly to establish that maybe he was a little older than Clark Kent or Bruce Wayne, and Johns made that into a sign of his possession. Parallax gave Hal Jordan grey temples. The Guardians of Oa should have realized that Parallax had begun infecting him because he got grey temples. All neatly tied up.

Now other characters from Watchmen have shown up on Earth-Prime, and Doomsday Clock is busy asking “what happened after the end of Watchmen?” while also winding the clock for other DC properties. There was this great pair of noir mini-series in the 80s about a detective named Nathaniel Dusk, but they didn’t really have anything to do with DC continuity. Except now, they do. They’re part of a series of movies from the 1950s that people on Earth-Prime remember fondly. Nothing can be loose.

It’s also possible that Doomsday Clock will reveal the origin of the Joker, or at least a Joker, because in a Justice League arc called The Darkseid War, Johns established that there are actually three Jokers. None of them, by the way, have an origin, and that’s part of the beauty of the Joker. When Scott Snyder wrote Endgame over in the Batman books, he emphasized that the origin doesn’t matter nearly as much as the fact that the Joker just spreads chaos and fear wherever he goes. Not even the Joker really knows who he is. Hey, look at the dragon! 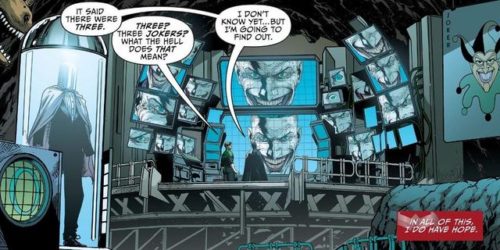 This isn’t to criticize Doomsday Clock, because Johns and artist Gary Frank are knocking this book out of the park. It’s gorgeous, it’s intricate, and even when I cast a critical eye, I find myself enjoying it — because it appeals to a reader like me, who actually bought Nathaniel Dusk the first time around, and also wants the Justice Society to return (because Doomsday Clock had better bring back those Golden Age World War II heroes and offer a plausible explanation for their absence, right?).

Johns himself has a bigger role in the DC Universe, and that is to advocate for how these characters transition to television, movies, and video games. When he ties all these things up neatly, he’s establishing the key elements that make the characters recognizable as transmedia properties. Also, he loves them. He really does. As does Snyder, and Morrison, and James Tynion IV, and Tom King, and every other writer involved at DC Comics.

Doomsday Clock exists to show us how it all ties together; Metal says it doesn’t really matter, because anything is possible, and will be when the next guy comes along with a new cool idea. Both approaches are valid, but so far, only one gave me Metamorpho and Plastic Man in the same book.

About Derek McCaw 1982 Articles
In addition to running Fanboy Planet, Derek has written for ActionAce, Daily Radar, Once Upon A Dime, and The Wave. He has contributed stories to Arcana Comics (The Greatest American Hero) and Monsterverse Comics (Bela Lugosi's Tales from the Grave). He performs with ComedySportz San Jose and ShakesBEERience, in addition to occasional screenwriting and acting jobs. If you ever played Eric's Ultimate Solitaire on the Macintosh, it was Derek's voice as The Weasel that urged you to play longer. You can buy his book "I Was Flesh Gordon" on the Amazon link at the right. Email him at editor@fanboyplanet.com.