Yesterday at Emerald City Comicon in Seattle, DC dropped another shoe in their “Rebirth” plans. Musician and iconoclast Gerard Way, who interned at DC Comics before forming the band My Chemical Romance, is now “curating” his own corner of the DC Universe. For months there had been rumor that Way had pitched a new take on Doom Patrol with Becky Cloonan, but that it just hadn’t fit DC’s plans. Well, though Cloonan has moved on to another project, Doom Patrol still fits.

“Young Animal” is the name of Way’s sub-imprint, featuring titles and concepts that might have fit in 1980s Vertigo. Still set in regular DC continuity, which means that yes, there is a regular DC continuity, these are books that may not resonate with mainstream readers — and by mainstream, I mean the ones who are DC’s usual meat and potatoes. Way describes it as “comics for dangerous humans.”

In an interview with Rolling Stone, Way explained:

I like to think everybody is a potentially dangerous human, so one of the things about the line that was really important to me was that it really can reach more people than just a certain type of audience. The books are all constructed to be enjoyed by people that like all different kinds of books. Even the books that have superheroes in them aren’t completely superhero books. They’re all really unique. It’s interesting and different. So [dangerous humans] is a nod to the potential readers. I like to think of dangerous humans as potential readers.

First off in September will be that Doom Patrol, now with art by Nick Derington. Influenced by both the Vertigo runs of Grant Morrison and Rachel Pollock, this won’t be anything like the last attempt to bring the team of outsiders into the New 52. Way claims it will be a fusion of those Vertigo books with the spirit of the original sixties series, but also influenced by indie books like Love and Rockets. 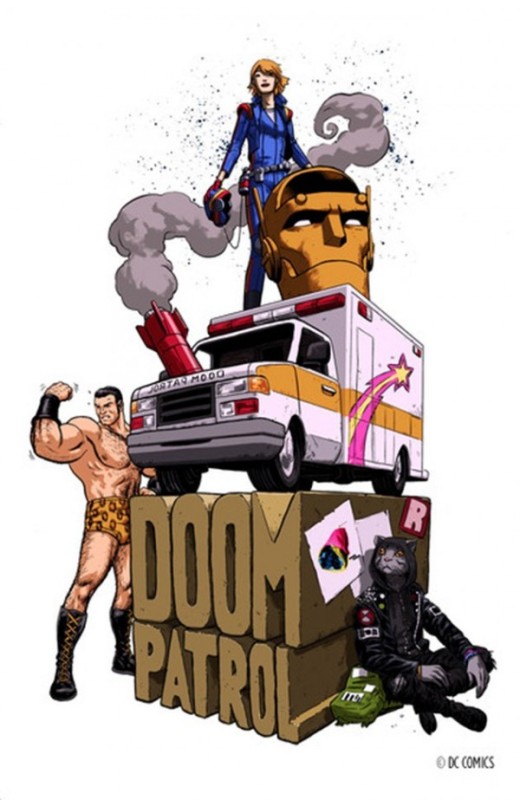 You can see that at least we keep Cliff Steele, Robotman, who has been a mainstay of every incarnation of the team. The Morrison influence can also be seen by the inclusion of Flex Mentallo, Man of Muscle Mystery.

In October, Young Animal will launch two books. First, writer Cecil Castellucci and artist Marly Zarcone team to create Shade the Changing Girl, which will vaguely follow up on Peter Milligan’s take on Shade the Changing Man for Vertigo a couple of decades back. At least the Madness Vest, or M-Vest, stays the same from Steve Ditko’s original creation. 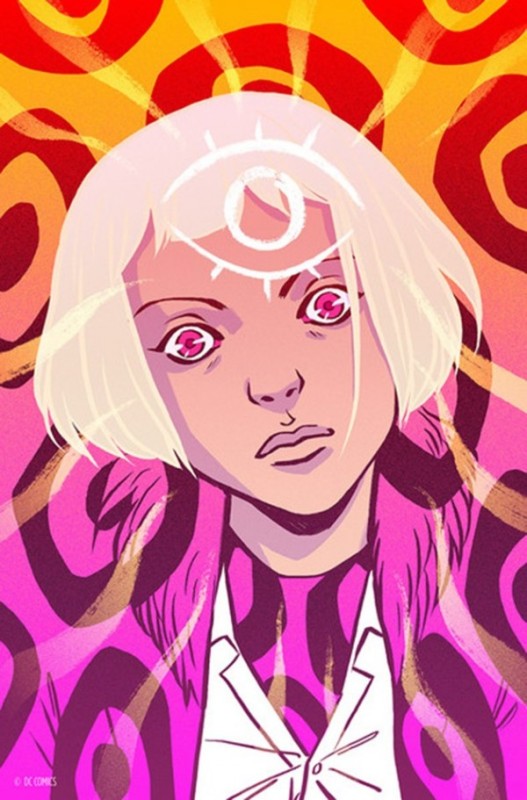 Way plans to update an old DC sixties creation with co-writer Jon Rivera. Michael Avon Oeming provides art for their Cave Carson Has a Cybernetic Eye, the second Young Animal book launching in October. I have to wonder what DC considers the sales threshold for success — the title will definitely attract a certain reader. More than one? (Who am I kidding? I stuck with Grant Morrison’s Seaguy, so I know I like them weird.) 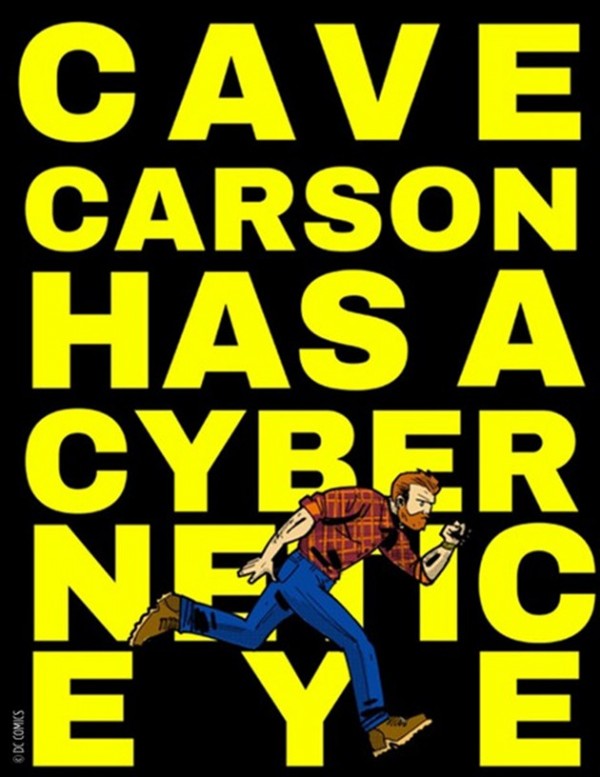 Way will also be co-writing another book — and let’s consider the co-writing a safe way to say that if it proves too much, there’s someone onboard who knows the concepts and can do the heavy lifting when necessary. This last book under Young Animal will be set in Gotham City, thereby making sure we know this is all in continuity. Mother Panic, co-written with Jody Houser, sets up a new vigilante in Gotham, heiress Violet Paige. John Paul Leon and Tommy Lee Edwards provide the art, which tells me at the very least, this is going to be a beautiful looking book. 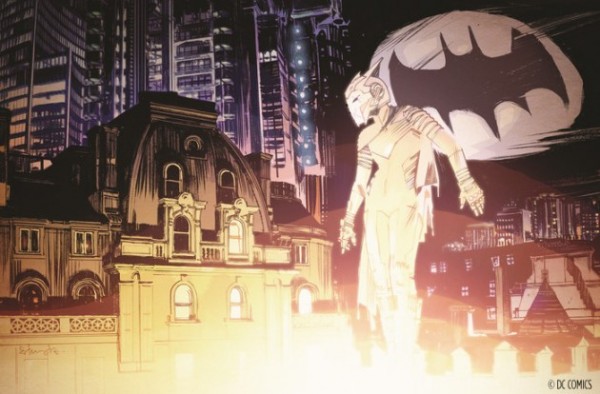