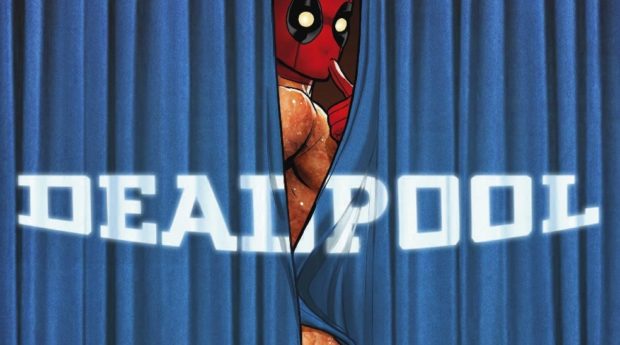 Let’s put it up front: for $9.99, Marvel is giving you a book the size and equivalent of four comics. Break that down — that’s $2.50 an issue. If they’re serious about page count, story, and that these are counting as four issues, I hope Marvel does more of this. It’s two issues of Deadpool, one of Power Man and Iron Fist, and one of Daredevil. So it’s a completely self-contained cross-over event.

More importantly, Fanboys, is that Gerry Duggan’s previous handling of Deadpool meeting Power Man and Iron Fist were hilarious and some of the best comics I’d read that year. Since I’m already digging David Walker’s take on Power Man and Iron Fist, this book is a no-brainer and economical. Thank you, Marvel. Oh, and I’ll allow this ONE tweaking the nose of DC. Just this once. Any more and it will look like bad form.

What do you get when you take a Merc With a Mouth, two Heroes for Hire and a Man Without Fear and mash ‘em together?  Why, the massively oversized DEADPOOL #13 of course!  This June, this quartet of heroes collide in the first-ever 4-part crossover in one issue! We’re not joking – this issue contains two full issues of Deadpool, one issue of Power Man and Iron Fist and one issue of Daredevil! Writers Gerry Duggan, David Walker and Charles Soule join forces with artists Jacopo Camagni, Guillermo Sanna, Elmo Bondoc and Paco Diaz to bring you one for the history books! When Deadpool takes a gig protecting a banker who betrayed his nefarious cartel partners, they seek the help of ADA Matt Murdock, who calls in the assistance (and fists) of Luke Cage and Danny Rand! Things are going to get ugly. Get ready for a mega-violent, street-level, gut-busting, face-punching, kung-fuing, ninjitsuing crime story you won’t want to miss! It all goes down this June when DEADPOOL #13 explodes into comic shops everywhere! 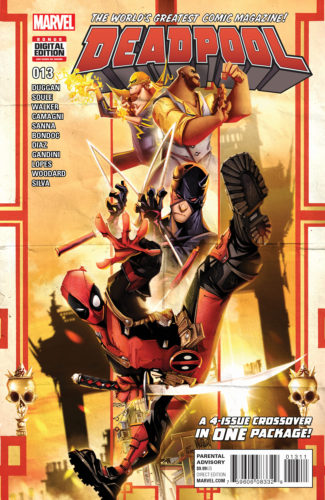 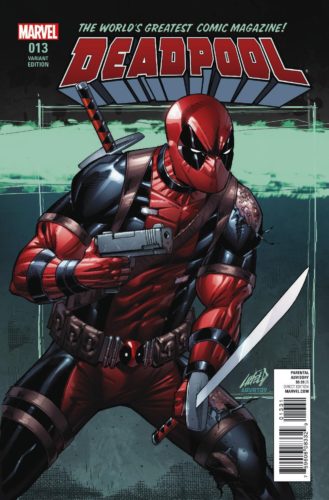 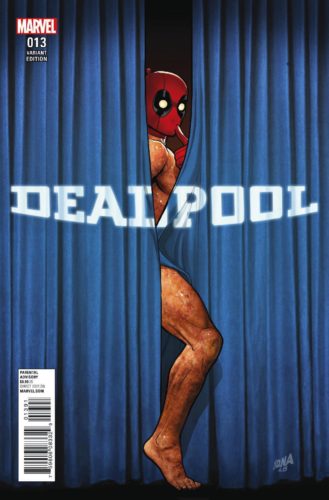 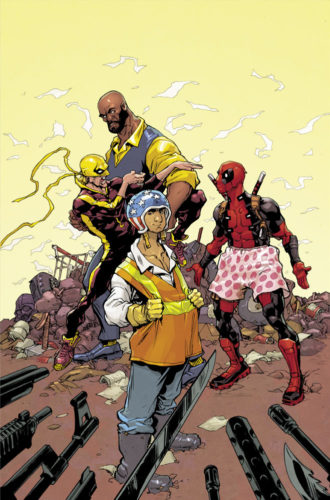 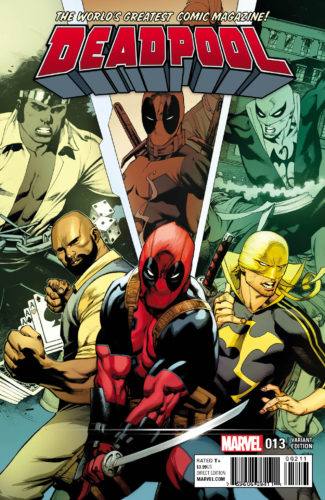 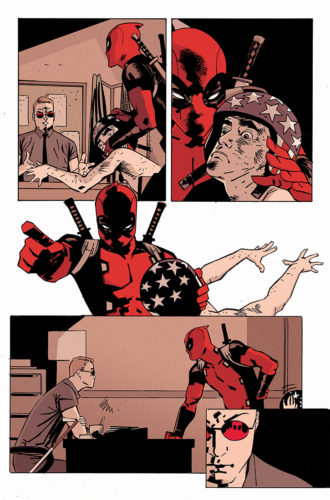 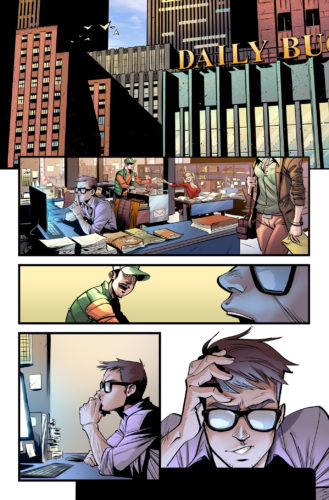 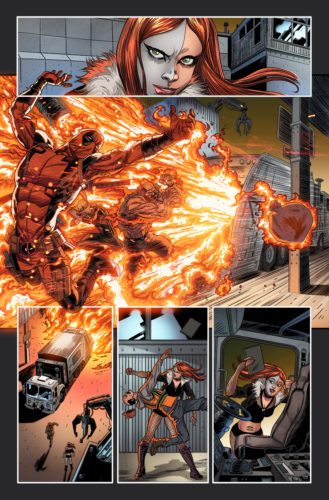 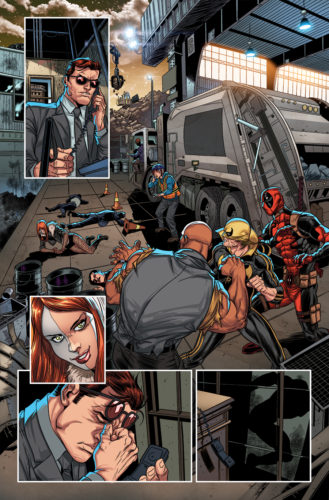