It’s that time of year again, when we jump into Spring and Hallmark reminds us to get ready for Christmas. Though this year’s set of Keepsake Ornaments don’t go on sale until mid-July, they have officially announced what’s going to weigh your tree down this year, and of course, there’s plenty of Star Wars items to hang all over it.

If you missed it last year, the Death Star tree topper returns, and we can vouch for its ridiculous holiday gloriousness. Hallmark includes a special brace to make sure it stays secure, and it provides a pretty cool music and light show, either the Imperial March or the Main Theme. 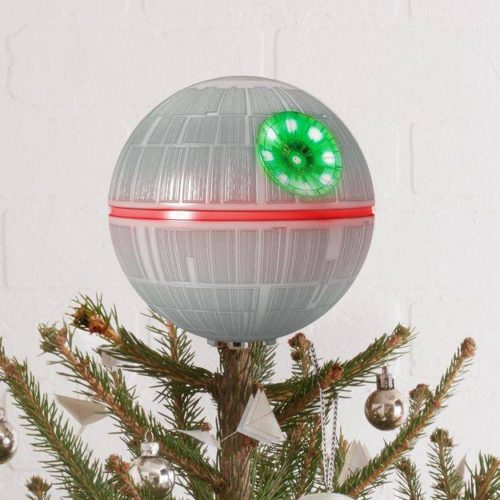 But that’s the only repeat — the key to Hallmark Keepsake Ornaments is that just like action figures, there are always new variations. For example, this year you have your choice of Millennium Falcons — the more familiar version appeared in December in Star Wars: The Last Jedi, and in a month, a slightly less damaged design will appear in Solo: A Star Wars Story. This is America! YOU CAN HAVE BOTH!

The one from Solo lights up; the one from The Last Jedi has both light and sound — though what it sounds like, we can’t tell you. This year Hallmark has not uploaded the sound files to their website.

Perhaps you want to place Alden Ehrenreich on your tree. Thanks to Hallmark, you can. But we all know that the most sensational marketing genius of the Star Wars universe this year was porgs, so though you might like Han Solo and Chewbacca, you might not be able to take your eyes off R2-D2 and PORGS (officially titled “Birds of a Feather”).

Hallmark has also gotten into the “blind box” category with ornaments this year, and to be honest, with how many cool (and admittedly not inexpensive) ornaments they have, I’m not sure how I feel about it. There will be a BB-8 option, and a stormtrooper helmet — you won’t know which color helmet you have until you take it home. Or at least get in the car. Or maybe out the door. 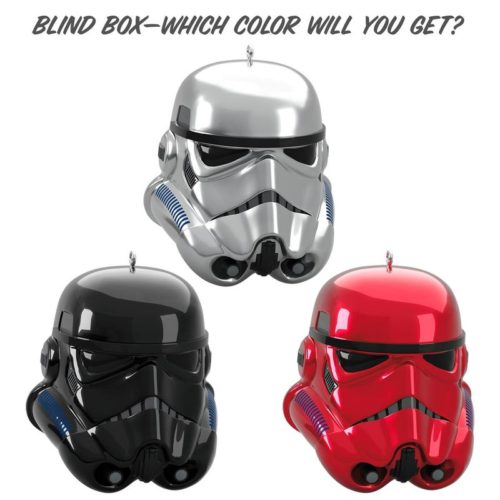 Also, Hallmark has your tree covered from top to bottom — they have a Star Wars tree skirt honoring Return of the Jedi and… well, it’s pretty cool. Yes, it lights up — red and green festive lightsabers clash under the pile of presents.

Hallmark has a few more Star Wars ornaments coming, including a Santa hat-wearing C-3PO head, but to get in the Christmas spirit in April, we wanted there to be some surprises left for you.