For the past few years, Disney has re-purposed it’s “It’s Tough to be a Bug” attraction in California Adventure to be a preview spot for their upcoming features. Currently, their other spots are in semi-permanent repurposing – the Muppetvision 3D Theater may always be Frozen, and the Tomorrowland Theater is currently shut down for… something… It doesn’t always make sense to be underground in an anthill when watching something like Cinderella (maybe?), and other times, it’s perfect — for, say, Ant-Man (which I still think should have been semi-permanent, but it’s no Frozen).

But if the ambience isn’t quite on theme, the ability to use built-in effects to enhance the experience often is. So it is with their latest appropriation of Flik’s adventure arena, previewing Pixar’s The Good Dinosaur. 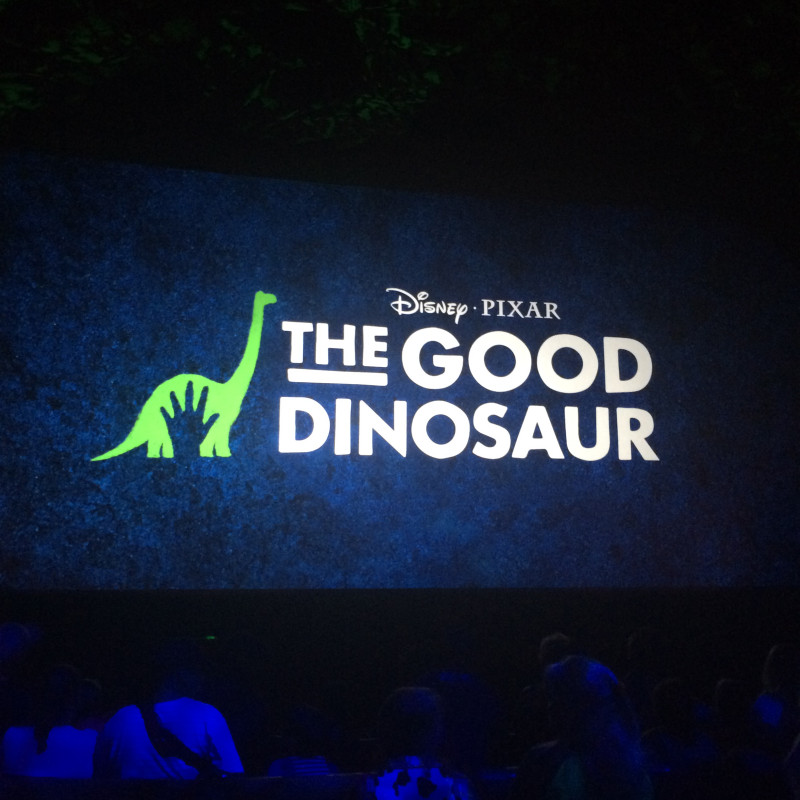 Director Peter Sohn introduces a series of clips, which we can assume is in relatively chronological order before showing the theatrical teaser. Using light water effects (sorry, no splash zone warning), wind, and the more direct effects built into the benches, The Good Dinosaur gets a little extra magic. But it’s also obvious that it doesn’t need it. Opening November 25, the film already has tremendous buzz, and the snippets shown at California Adventure make it clear why.

(I also heard from D23 that Peter Sohn will make you cry in a scene just using sticks. That’s all I’ll say here, but when I heard the scene description, I laughed and did indeed get misty second-hand.)

Early on, The Good Dinosaur had rumors of trouble, and for the first time in Pixar’s history, they removed it from the release slate to regroup and retool the story. (2015 is the first year we’ve had two Pixar releases, the other one being Inside Out.) It looks like the wait was worth it.