Just outside a little blue marble in space, we begin the reign of a new Doctor the way we saw the old one out. (No, really, both Tennant’s last story arc and “The Eleventh Hour” begin with similar shots.) Matt Smith’s tenure begins in chaos, however, as both he and the TARDIS need to finish regenerating.

Adventure waits for no one, and so it’s fortuitous that the Doctor crash lands in the backyard of one Amelia Ponds, an eight year old girl praying to Santa for deliverance from a scary crack in the wall.

New Doctor Who producer Steven Moffat begins with a strangely satisfying mixture of whimsy and scares, remembering that for kids, the show is best watched from a couch at a safe distance from the television. And more so than Tennant, Matt Smith’s Doctor has a bit of kid still inside, willing to be an adult when necessary but later remarking to an older Amy Ponds (Karen Gillan) that he’ll cure her of being grown up. 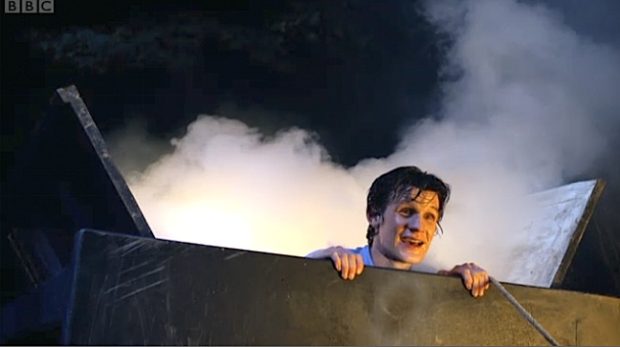 For the Doctor, “The Eleventh Hour” takes only a few hours; for Amy, it’s twelve years. After a charming interlude as the new Doctor tries to figure out his food likes and dislikes, he offers to whisk the eight year old Amelia off into a fairy tale. They need to combat “Prisoner Zero,” an unknown creature that has escaped through the crack in the wall and hides in the corner of your eye.

Unfortunately, the TARDIS just isn’t that precise. When the Doctor returns to take Amelia away, she has aged and gone through four therapists trying to process what happened that night. Prisoner Zero has been hiding quite nicely in town, causing small disturbances that most people don’t notice. 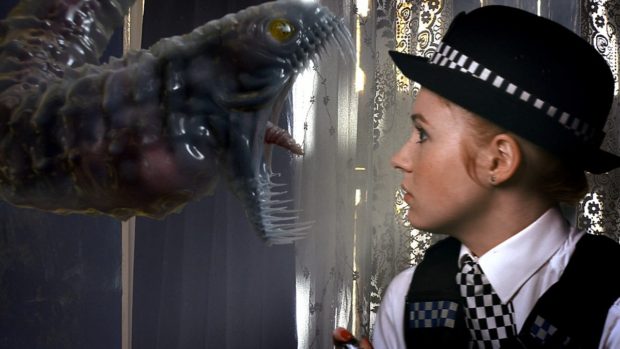 One alien race has been trying to notice, however, and that’s Prisoner Zero’s captors, the Atraxis. Having attached their sensors to the Doctor, his return triggers theirs, and they make a doozy of a new alien menace. In grand Who tradition, what should be goofy turns out strangely thrilling, as the Atraxis are basically giant snowflakes with an unblinking, unwavering eye. Disturbing, yet Disney-like.

So everything is in place for Moffat’s run on Doctor Who. On first viewing, it’s easy to say that he will be grounding everything as an intelligent kids’ show, but a few glancing references to more adult themes lurk underneath. Clearly, the Doctor has chosen a child for a companion, but ended up taking along a young woman with unresolved romantic issues toward him.

To go any deeper into the plot would be a minefield of spoilers. For now rest assured that Moffat also maintains the modern tradition of creating a season long “Big Bad” of which Prisoner Zero has knowledge but no one else does. Yet. 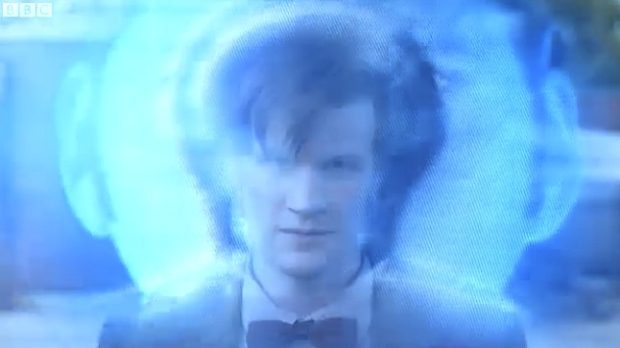 What this episode does make me wonder, though, is just how much humanity – and British humanity in particular – is supposed to know about the Doctor. Throughout the series it’s been clear that at least an underground movement of civilians believes in his existence. The previous finale hints that a novel exists that riffs on him. And no one remembers everyone being the Master?

This nags at the back of my head because it’s so much a part of Amy’s missing years. Perhaps Moffat will answer this when it comes time for the 50th anniversary episode; we just haven’t had a Doctor crossover in the modern age yet outside of “Timecrash,” which limited its action to the TARDIS itself.

An old TARDIS at that, as it gets gloriously revisioned here. Once again, Moffat’s insistence on childlike wonder influences the production design, and if the TARDIS doesn’t exactly seem practical in science fiction terms, it certainly looks like something that could inspire kids’ imaginations when they play the Doctor (not play doctor) at home. 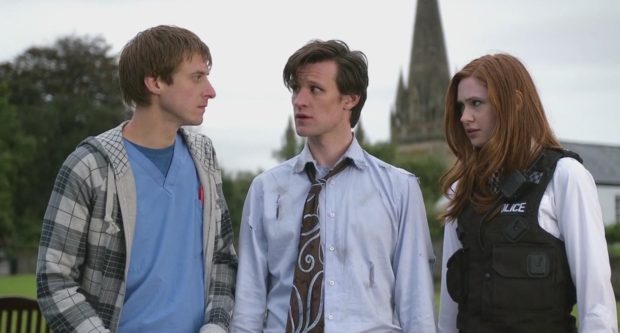 Smith himself seems like one of them. As Moffat writes him, he tries out a series of catchphrases, trying to put on an older man’s attitude but realizing that his looks belie it. For a few fleeting moments, seeing him with Amy and her friend Rory (Arthur Darvill) does make the show look like it’s being produced for the CW. But then he straightens up and reminds people that, like it or not, he is the Doctor.