We already knew that Captain Marvel would be something of a flashback, set in the 1990s and chronicling the adventures of a potentially “lost” Marvel hero. We also knew that Carol Danvers (Brie Larson) would be facing down the sinister shape-changing Skrulls. Heck, we even knew that the ageless Samuel L. Jackson would be there as Nick Fury — a Nick Fury who still had two good eyes.

However, Marvel Studios has let slip that this may be more of a set-up for the Kree-Skrull War than previously thought, as they have announced that both Lee Pace and Djimon Hounsou would be reprising their roles from Guardians of the Galaxy. Both actors portrayed major figures in the Kree Empire — Pace as Ronan the Accuser and Hounsou as Korath the Pursuer.

But that’s not all — Agent Phil Coulson (Clark Gregg) will make his first cinematic appearance since his “death” in The Avengers (or Avengers Assemble to our British friends). Presumably his role will be in the 1990s, too, but if Marvel Studios really wanted to have fans get over the separation of movies and TV, they could set it with Coulson and his Agents of S.H.I.E.L.D. uncovering this history of a long conflict with the Kree. (Though that Kree corpse in Season One had to come from somewhere.) 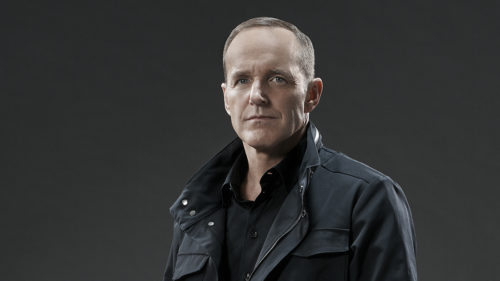 These Kree come in addition to Jude Law as Kree Captain Mar-Vell, Gemma Chan as Minn-Erva, and Ben Mendelsohn who could be either a Skrull or Yon-Rogg, Mar-Vell’s imperious nemesis within the Kree Empire. The original Captain Marvel story focused on Law’s character betraying his empire to protect the Earth; Danvers gained her powers later. 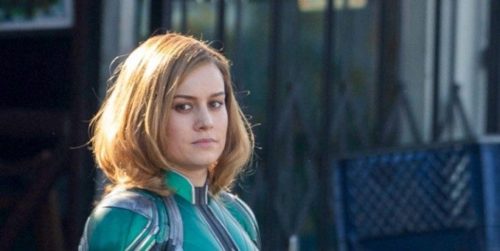 For the Marvel Cinematic Universe, however, Kevin Feige can pick and choose which elements to use. We’re also overdue for Danvers to take her rightful place as one of Marvel’s premiere heroes. Notice, too, that Captain Marvel is due March 2019, and Avengers 4 is due May 2019. Since Joe and Anthony Russo have said their last Avengers film is very different from Infinity War, anybody besides Ric Bretschneider want to bet that it’s the Kree-Skrull War? (Ric would bet, but he just passed out from excitement.)

All this filling in Marvel history also brings up an exciting possibility for Phase 4 of the Marvel Cinematic Universe. We know, of course, that Captain America fought in World War II, and Ant-Man established that Hank Pym and Janet Van Dyne worked as operatives for SHIELD in the 70s. Let’s go all out and make the Fantastic Four 1960s heroes who also get thrown forward in time. It’s not unthinkable. In fact, it would be fantastic.