What I’ve seen so far of this show — I’ve liked. How about you?

From Marvel and Disney XD:

BIG HEROES! BIG VILLAINS! AND BIGGER ADVENTURES this week, Share Your Universe with a brand new episode of MARVEL’S GUARDIANS OF THE GALAXY this Saturday at 9:30pm/8:30c inside the Marvel Universe on Disney XD.

Marvel’s Guardians of the Galaxy – “Can’t Fight This Seedling”

When Groot is infected by a parasitic fungus that causes him to grow to epic proportions, the Guardians must undertake a perilous journey in order to save him in the all-new MARVEL’S GUARDIANS OF THE GALAXY airing Saturday, October 17 at 9:30pm/8:30c in the Marvel Universe on Disney XD. 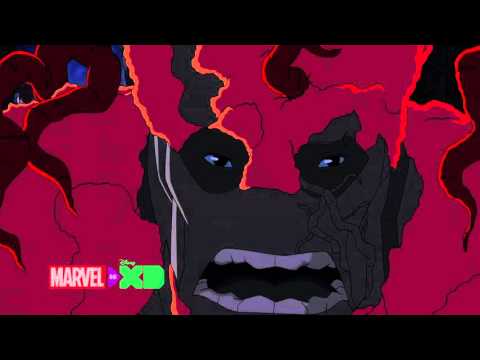