Some of the most interesting, genre-defying books on the stands right now come from Image Comics.  They tend to represent pure creator visions. The publisher isn’t alone in presenting that; there are diverse catalogs from Oni Press, BOOM! Studios, IDW, and Dark Horse.

But there’s something special about that lower case “i,” as Skottie Young just mentioned in the first issue of I Hate Fairyland. Maybe it’s that since Saga, you never know quite what to expect out of a new Image title, except a good read. And isn’t that why we buy comics?

In LIMBO #1, readers meet a detective with no memory, no identity, and no manners, a femme fatale seeking escape from a powerful crime lord, a voodoo queen with a penchant for mixtapes and hi-tops, and a goat-eating TV… Welcome to Dedande City, where good people check under their beds at night and reality is never quite what it seems.

“Limbo is a noir story set in a world that flatly refuses to adhere to noir conventions,” said Watters. “It’s a straightforward story of a detective trying to solve a crime; he just happens to be doing it in a reality where anything can and will happen, where music is a deadly weapon and you can’t trust your own electronic appliances not to be possessed by minor deities…”

Wijngaard added: “It’s is a pulp detective novel at its core, but it’s been up all night watching all the bad TV your parents warned you about.”

This surreal new neon-noir miniseries crosses ’50s pulp with an ’80s VHS visual aesthetic drawing from the likes of Carpenter, Cronenberg, and Lynch. 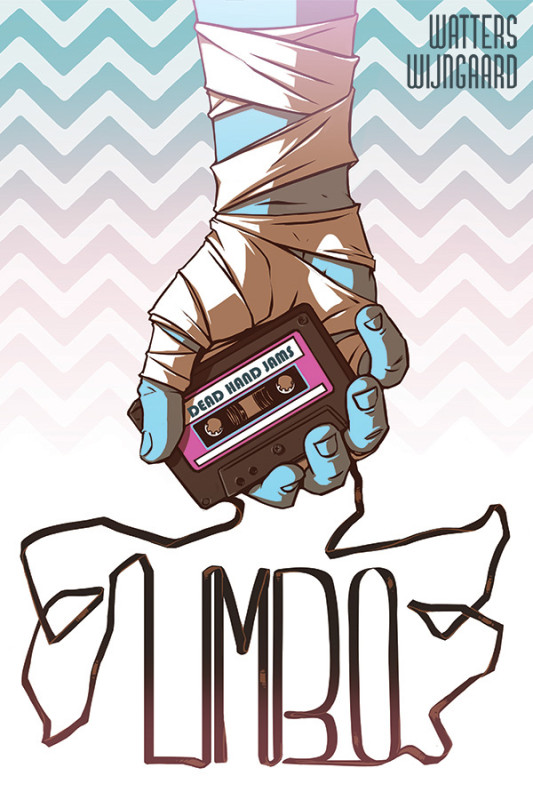