P.T. Barnum may have been a great showman, but he also had a lot to say about manipulation of the public. There’s a really interesting dark study of human nature to be made in a film biography of him, which Hugh Jackman could knock out of the park. The Greatest Showman won’t be that.

Instead, it’s going to be a feel good, poppy, bright musical that sells the idea of how inclusive he was, instead of, from our perspective, possibly exploitative. It’s a fantasy, a Disney version of Moulin Rouge (notice we have a shot of Zac Efron in dramatic consumption make-up), and dammit, I’m totally in for it. 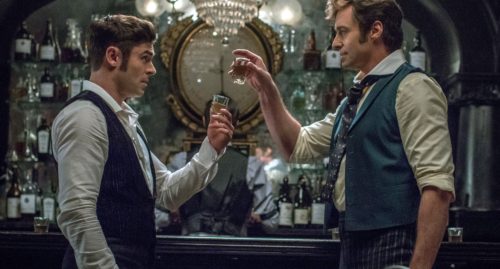 As fascinating as the true story of Barnum would be, I just don’t think I could take it right now. Give me the ol’ razzle dazzle and let me have an old-fashioned feel good Christmas holiday musical to watch with my family. With music from the composers of La La Land and my kids’ current Broadway obsession Dear Evan Hansen? Please. 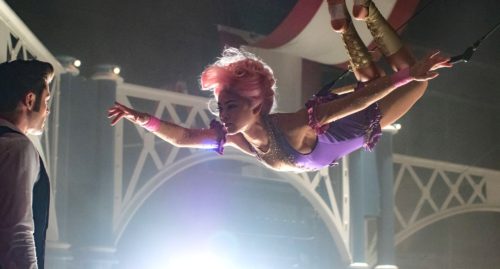 Lest we forget, Jackman was “discovered” by X-Men casting directors watching him play Curly in Oklahoma. He won a Tony for playing singer/songwriter Peter Allen in The Boy From Oz. And if he ever revives his one-man show for Broadway or touring or Vegas — you should see it. It isn’t enough that he’s Wolverine and always will be in our hearts, he’s also an incredibly versatile talent. 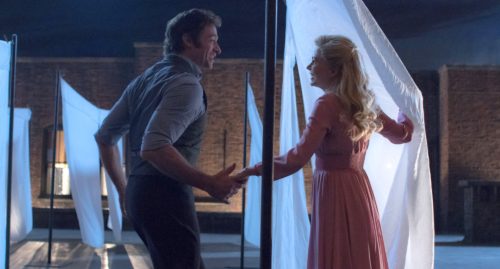