We have many beloved comics shops. You can’t be a comics fan and not connect with the people that sell you your books. In the case of Illusive Comics & Games, they even sold my books — Tony Loco, created by Mark Teague and co-written by myself, Catastrophic Comics’ Sparks and The Greatest American Hero, and Bela Lugosi’s Tales from the Grave (for which I was a contributor in collaboration with the great Rafael Navarro). Back when the store was Brian’s Books, we started the podcast there. And though we’ve moved out of there — the store really got too busy for us to sit in the back and record while people tried to get to their books — I love this shop.

And though relocation is hard, I can’t help but think it’s only going to bring even more success to Illusive Comics & Games. So please, consider supporting this terrific store.

Illusive Comics & Games is moving to a new location in Franklin Square and doubling its size. Already an artistic hub and Santa Clara community mainstay, relocating to 1270 Franklin Mall will enable Illusive to expand its offerings in classes, workshops, and fan community-building. Taking over the storefront formerly occupied by Marinello Beauty School, Illusive Comics & Games will add worlds of science fiction, fantasy, superheroes and more to a thriving restaurant district while also serving the local college community. To facilitate the redecoration of such a large space, the comics shop has turned to a crowdfunding campaign on Kickstarter, which runs through July 18th.

“We’re thrilled about all of the new space,” Anna Warren Cebrian, owner of Illusive Comics & Games said. “Last year we opened a new store, Isle of Gamers, which gave us a bigger space for gaming, and has been really successful. Moving Illusive will allow us to run even more events such as art classes, Writers workshops, and geeky Meetups including Role Playing Games while knitting, which we affectionately call “Hook and Roll”.  There are a bunch of delicious restaurants in this shopping center and we’ll only be two blocks away from Santa Clara University!”

It was these community connections that helped Anna Warren Cebrian find the new location of the store when it came time to move.

“Our current landlord decided to do an invasive remodel of the shopping center and double everyone’s rents. Instead of trying to figure out how to run a business that has set pricing and thin margins in such a stressful setting, we started looking for a new location. Santa Clara city Mayor Lisa Gillmor (who is a realtor at Franklin Square) brought this space to our attention. This has all turned into a fantastic opportunity for my company,” said Cebrian.

Illusive looks forward to being in their new location of 1270 Franklin Mall, as of Monday, August 8th. The grand Re-Opening celebration will take place September 17th. Get tickets to this event, which include sketches by award winning artist Darick Robertson, via the Kickstarter. 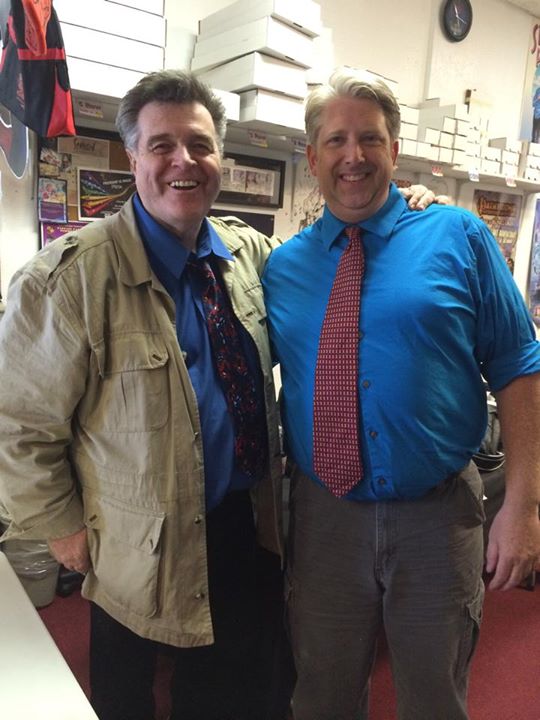 Illusive Comics & Games, formerly Brian’s Books, has the largest comic and games selection in the Silicon Valley. Brian’s Books has been a mainstay in Santa Clara since the early 80’s.

Illusive Comics & Games stocks the largest selection of New and Current Comics in the South Bay, as well as tens of thousands of older comics.