An interesting look at what happens when the next generation of superbeings try full on youthful rebellion and worse, Jupiter’s Legacy is one of Mark Millar’s dark riffs on what it means to be the Superman. Because he countered that with Huck, he won me back over, and so I’m looking forward to this one. In the meantime, this makes a perfect time to pick up the trade of the first series…

The sequel to the industry sales-beast JUPITER’S LEGACY is back and it boasts monthly jaw-dropping, eye-popping story from bestselling creators Mark Millar (CHRONONAUTS, HUCK, Kingsman: The Secret Service) and Frank Quitely.

In JUPITER’S LEGACY, VOL. 2 #1, superhero offspring Hutch and Chloe have come out of hiding with son Jason to assemble a team of super-crooks from around the globe. 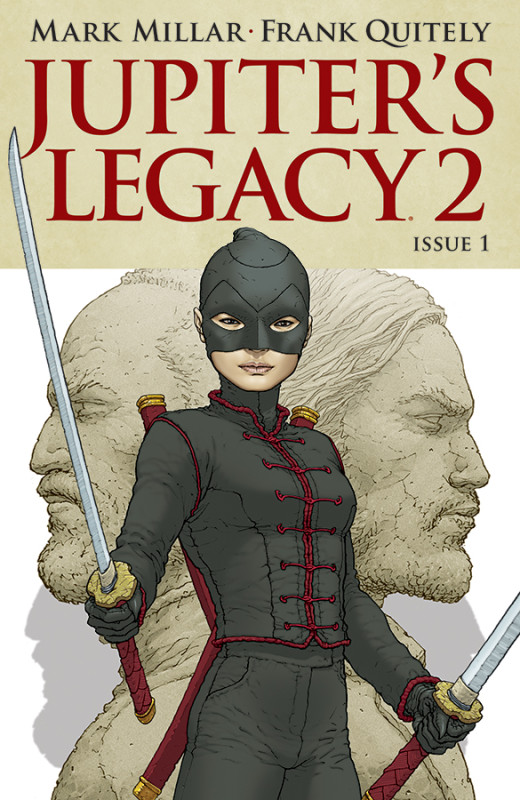