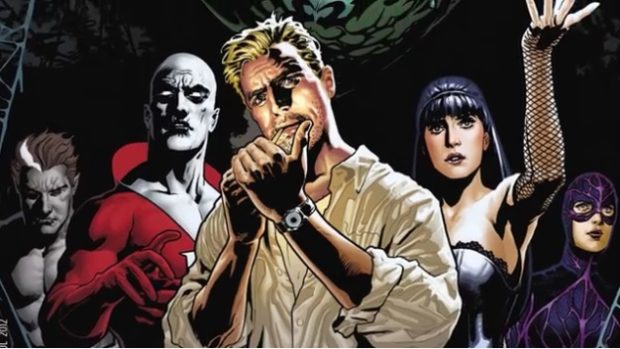 It’s the next direct-to-video feature from DC Entertainment, set in their main animated universe. You know, the one with Jason O’Mara as Batman, not the old one with Kevin Conroy as the Dark Knight. He’s over in Justice League Action. This time around DC Entertainment is going dark — Justice League Dark, and they’ve got the best John Constantine they could possibly have: Matt Ryan, who played the character in Constantine on NBC and Arrow on the CW. (Rumor has it he may come back again this year.)

The confirmation comes as a preview feature on the Batman: The Killing Joke DVD, but it’s helpfully available elsewhere. The main Justice League will play a small part in Justice League Dark, but Batman will bridge the two teams as this darker League faces Felix Faust, the Demons Three, and probably an even bigger bad.

It looks like the movie may borrow from the short-lived New 52 Demon Knights as well as Justice League Dark, with Jason Blood/Etrigan, Constantine, Zatanna, Swamp Thing, Deadman, and a new take on Black Orchid. All of them will still be using the House of Mystery as their home base.