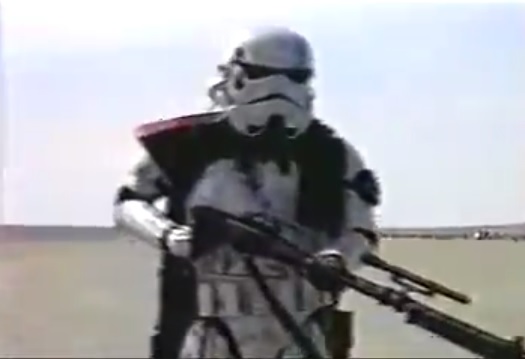 In the process of bringing over old Star Wars articles to the new version of the site, I realized that we’d referenced Kevin Rubio’s Troops without ever actually featuring it on the site. Granted, it was originally released in 1997, more than three years before Fanboy Planet started. But the week that we celebrate the 40th anniversary of the release of Star Wars, it’s high time we make it easy for Fanboy Planet readers to watch the second best Star Wars parody of them all (Ernie Fosselius’ Hardware Wars has to be #1 just for being the first).

Two years ago, Kevin also let us feature Ackbar’s Eleven, a response to the news that the then unknown Rogue One would be like a heist film. Without further ado… Troops.