The question on my mind about the Peter Harness episode of Series 10 was: would this be more like “Kill the Moon” or “The Zygon Invasion/Inversion”? The answer is that it’s a very special blend of both: swaggering geopolitical melodrama combined with a ridiculous plot requiring every character to be a heedless idiot. Fortunately, it does not require that the moon contain a space dragon; indeed, it has the Doctor unironically describe a future devastated Earth as being “dead as the moon.” (Maybe he just means “crawling with bacteria and not much else.” A clue!)

Unfortunately, the swaggering geopolitical melodrama turns out to be meaningless; where the Zygon story was acutely relevant, and perhaps would have been even more so in 2017, this one features somewhat passé concerns about genetically modified agricultural products, despite being up-to-the-minute enough to describe the man in the White House as “orange.” A second viewing did not improve this story for me, and in fact left me with — at least — twenty questions. Let’s dig in, shall we? In no particular order:

1. Why an old pyramid?
If the monks really want to be noticed, why not make their ship look like something truly incongruous, like a gleaming flying saucer? What do they gain by appearing to be 5000 years old? Is it just that the Silents already have the copyright on looking like Greys with UFOs? 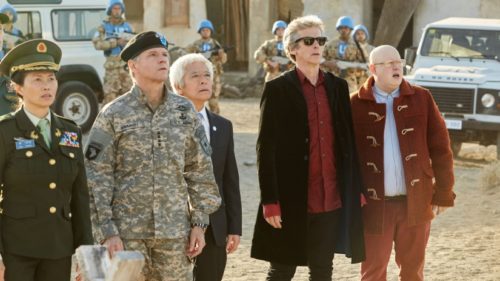 2. Why look like mummified corpses?
The monks claim they chose to make themselves look like the people of Earth, and when challenged, reply that the people of Earth look like corpses to them. This is a cute zinger, but it doesn’t make any sense. If your goal is to invade the planet and have everyone love and welcome you, maybe show up looking like Care Bears or something? It’s almost as if either Harness or Moffat had the idea of these aliens looking like mummies in pyramids because it would be cool and then retrofitted the reasoning. I mean, they’re not wrong — it’s certainly more interesting than the flying saucer would have been. But it’s also pointless, so far anyway.

3. Why telegraph the eco-disaster?
We see the disaster at the biochemical research plant taking shape from the beginning of the episode, and though we don’t know the exact nature of it, we see it coming and we know it’s crucial. This would have bled all the tension out of the confrontation of military forces for us (the audience)…if there had actually been any, since the representatives of the three armies are perhaps the most laughably inadequate and unbelievable characters of the whole thing. Some of the blame must go to the actors, who behave as though their respective countries are all on the friendliest of terms already, but a great deal of it is in the script, wherein none of these people appear to consult with anyone else from their countries let alone their armed forces, behaving as though they’re stranded on the moon and forced to make insane decisions in isolation. This setup could still marginally work as misdirection if we’d been as in the dark as the Doctor about the real threat, but instead we just watch these people dither and bumble around a conference room for the required amount of time. 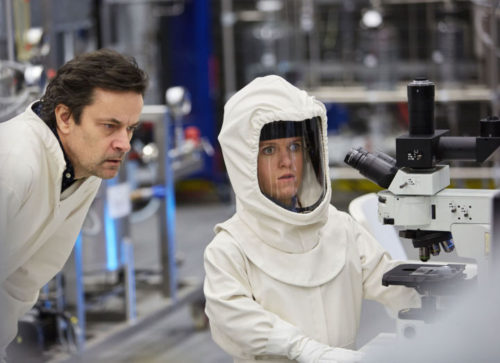 4. What did the Doctor gain from the information his simulation sent him?
He begins the episode knowing that the monks are coming, that they’ve been able to simulate Earth events in enough detail to predict possible crisis points, and that their intention is invasion and conquest. I guess that’s enough?

5. Why did the Doctor propose attacking the pyramid?
How could he have known that the monks wouldn’t simply have killed the attacking soldiers, rather than returning them safely?

6. Why does the Doctor now solve EVERYTHING by blowing it up?
And how could he have been sure he wasn’t bringing bacteria out with him on the hand he used to put wires into the soil?

7. Why send Penny, the best supporting character in the whole episode, out of the story in an Uber?
Kinder to her, duller for us.

8. Why does Bill’s love for the Doctor work for the monks?
They want everyone in the world to love them, right? If it’s just that one person has to consent to them out of love for another person, then…

9. Did the Secretary General and other three not have anyone they loved too much to want to see dead in a year?
Why didn’t that love work? 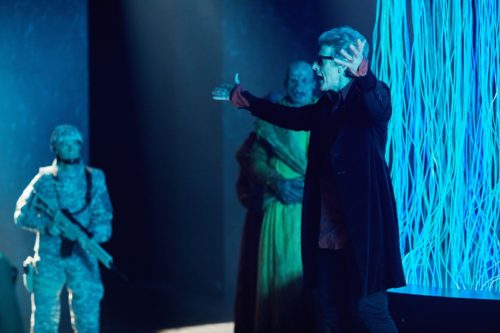 10. What do these super powerful beings want with the Earth, anyway?
I guess you can’t force people to love and worship you, but if that’s the goal, why not show up as pop stars? There’s that vague talk about a “link” which will presumably be explained in the next episode, as might a lot of these things, but it doesn’t make this episode any better. Not that needing a motive for conquering the Earth is a big prerequisite for an alien invasion in Doctor Who. With all the talk about the monks possibly being related to the Mondasian Cybermen, I started thinking about how the monks need love, but the Cybermen are (per “Closing Time”) allergic to it.

11. Couldn’t the Doctor have held up a mirror or the reflective surface of a tray or something up to the combination lock for Erica to see the numbers through the window?
Maybe there wasn’t one; maybe he couldn’t have found one easily, being blind; maybe he didn’t have time, with only two minutes to spare. Still, it felt like an awfully long two minutes, most of which he spent talking to Bill.

12. Why were the military leaders so reckless about putting themselves in harm’s way?
They’d seen the monks murder the Secretary General. They clearly knew they were risking disintegration themselves. Assuming they would survive the encounter unscathed seems as silly as, I dunno, assuming that a giant space dragon living inside the moon wouldn’t hatch and attack the Earth. 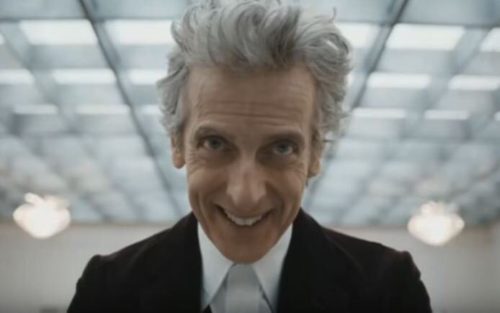 14. Why does the guitar thing look so lame?
I get that Peter Capaldi plays the guitar and is cool and stylish. I’m not convinced the Doctor needs to be Peter Capaldi. At least this episode undercuts this nonsense by having Bill interrupt.

15. What’s with people in Harness stories making decisions based on instinct rather than reason?
Granted, this is how a lot of people behave, including me. But “how people really behave” and “what’s dramatically satisfying” are not always the same thing. I guess the goal of this episode is to get everyone in trouble so the next one can get them out of it.

16. How do the monks intend to hold the world to ransom based on an accident no one will know about till it’s too late?
I assumed they were relying on the Doctor to reveal it for them — which they could expect him to do based on their simulations and extrapolations — but they seem genuinely surprised when it seems like he’s going to successfully stop the disaster. So maybe they’re just relying on showing people visions of the future based on their glowing threads, which raises another question:

17. What makes those threads so convincing?
Apparently the future visions “feel real.” You mean the way a fake 5000-year-old pyramid feels real? Or being a simulated person in a simulated world feels real? If the Doctor knows they can do this, why does he believe them so readily? Why is it not equally plausible, if one believes in the devastated Earth, that it could be due to the monks’ predation?

18. What if this is ANOTHER simulation?
What if “Extremis” was the deepest level of simulation, “Pyramid” is the simulation containing that simulation, and there’s a real world above it still? In favor of this theory is that the monks seem to have absolute power, as you would in your own simulation, and that this more sophisticated simulation would probably preclude the dopey random number issue from last week, and that the disintegration of the four leaders was similar in style (if not appearance) as the digitization of people from last week, and that doing Inception Doctor Who-style would be a classic Moffat move. Against this theory is that it would be a cornball Moffat move.

19. What knocked out Nardole?
Did he inhale some bacteria into his human lungs? Even after my second viewing, I couldn’t quite follow what happened there.

20. Did the Doctor really beam all the classified information in the whole world into the internet by touching his sunglasses?
Sigh.