For most of Kingsman: The Secret Service, Matthew Vaughn delivered a stylish, clever updating on the Bond mythos, adapted both faithfully and loosely from the original graphic novel by Mark Millar and Dave Gibbons, also known simply as The Secret Service. Actually, that’s not fair — it wasn’t an update of Bond; it was what it would be nice of the James Bond movies to remember worked to make the genre sensational in the first place.

This sequel takes Eggsy (Taron Egerton) and Merlin (Mark Strong) to the US to team with the Statesmen, led by the only people that could be quintessential American secret agents — Channing Tatum and Jeff Bridges. The spies abide, and that includes, somehow, Colin Firth, who gave the first film much of its crackle. Kingsman: The Golden Circle opens September 22, 2017. 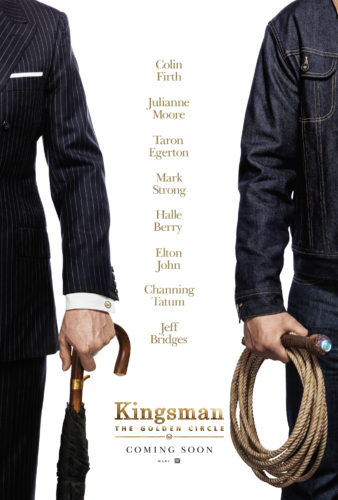