Since we’re on a roll with Star Wars these past couple of weeks, we need to continue it by pointing out that site affiliate ThinkGeek is having a May the 4th Be With You sale on select Star Wars items until May 6th. (You may want to temporarily disable your Ad-Blocker software to see the offers.) I’ve had my eye on the Han Solo in Carbonite rug for quite some time (use the box above). 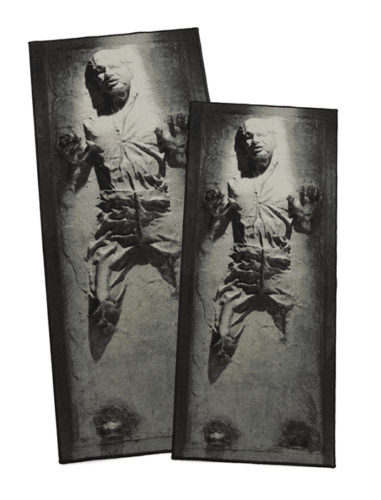 If it’s wrong, I don’t want to be right.

But I’m also pretty tempted by the Death Star hot air popper (yes, “popped through the exhaust port!”) and the BB-8 waffle maker. (Mickey Mouse may still win out for me.)

Follow the handy dandy links below, and check out what ThinkGeek has on sale!