Monsters have risen all over the world. You don’t need to know why. Just know that heroes have risen to fight. If it seems silly that Ramon Alejandro Estévez-Guerrero chooses to do battle in a traditional matador’s uniform, is that any stranger than dressing up as a bat? No. You fight in the world you live in.

Monster Matador: Tango of the Matadors throws you right in the action. Writer Steven Prince bookends each issue with a moment of respite — beginning with the daughter left behind — then a sense of how global the problems are. There’s a larger story beyond this tango, and a promise that it will be told. The tale at hand has everything you really need: character, high stakes, a different perspective, and giant monsters. 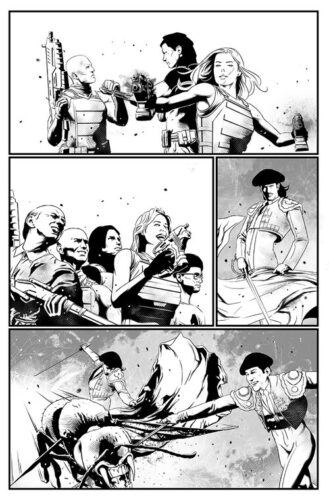 Set in Mexico, Monster Matador focuses on Ramon and a friendly rival, Miguel. Ramon has an apprentice, Angelo, but it’s hinted that’s really only as long as it takes to protect this particular town. They fight with a particular élan, and artist Fabio Alves lays out the battles without losing the grace of the matador. Instead of a bull, it’s giant insects, but the blood sport has a strange beauty. Each issue of the 3-issue miniseries, Alves gets more confident, which bodes well for the announced next chapter. 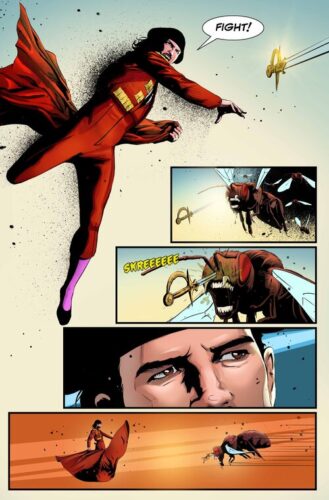 Though you can be distracted by the giant insects (and occasionally should be), this is a tale of honor and inspiration. Ramon and Miguel fight to redeem themselves from their self-inflicted senses of failure, interpreting it in different ways. In turn, Angelo wants to follow in Ramon’s footsteps. At the same time, the townspeople struggle to fight for themselves. What meaning can you find when the apocalypse isn’t what you thought it would be?

But then, what apocalypse is?

It’s a fun book, available from Prince’s website. Keep an eye out as well for the Kickstarter sometime in 2022, that takes this adventure to the next level. 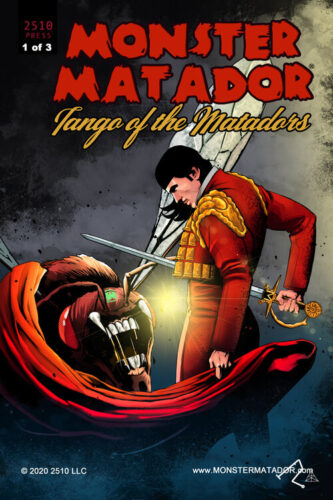