Remember when Loki tore it up at the Hammersmith Odeon? You might not have realized it was him, because of the glamour, but trust us, metal had no better ax man than the god of mischief. Even though Serialbox.com’s Thor: Metal Gods gives us only a small taste, you can tell.

What it has to do with Loki’s brother negotiating with a Korean tiger-goddess remains to be seen… or heard, as this seems to be a cool craze in 2019. Thor: Metal Gods qualifies as a Marvel mini-series, but it’s not a comic book. It’s an audio drama, written by Aaron Stewart-Ahn, Jay Edidin, Brian Keene, and Yoon Ha Lee. It’s not a play, exactly, though Marvel has those coming, too. It’s a serialized audio book, narrated by actor Daniel Gillies with sound effect enhancement — including the sounds of Loki’s guitar.

Chapter 1, launching December 12 on Serialbox, captures the moral uncertainty of Loki. Slumming it on Earth in the mid-80s, “hiding” as a rock star, he finds fame and adulation losing its luster when caused by enchantment. Meanwhile, Thor senses something bad coming to shake the universe, and somehow these two threads must be coming together somehow, though by chapter’s end it’s not yet clear. 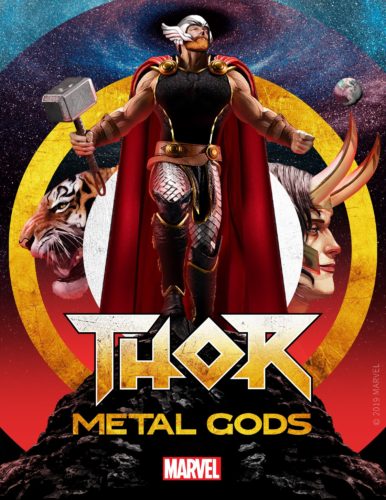 Gillies serves the narration well, giving Loki’s voice the right edge and making Thor far enough from Chris Hemsworth to be Gillies’ own creation. There are other voices, too, with Gillies distinguishing them all well. The trick in these can be adding excitement to descriptive language, and Gillies wraps around the writers’ words with the sinuousness of Loki themself.

This is a 21st century take on Thor, and as I listened I thought about how far we’ve come since Stan Lee and Jack Kirby brought the Asgardians to the Marvel Universe. Everyone’s a little rounder, deeper, and despite being supernatural, more believable than they were in 1962.

The other reality, of course, is that the comics don’t quite matter as much. Marvel has become a brand, with characters that adapt to new media as easily as Loki shifts their skin. For as much time as some of us spend on the road, audio is a perfect way to experience new stories about old favorites. Where Serialbox has an edge is that you can actually toggle back and forth between listening or reading the text.

We recommended Serialbox in our Gift Guide, just because the catalog looked interesting. Now that I’ve heard the first chapter of Thor: Metal Gods, I can vouch it’s also engrossing. Alongside Thor: Metal Gods (with more Marvel and DC in the future), Serialbox has Orphan Black: The Next Chapter, narrated by star Tatiana Maslany. 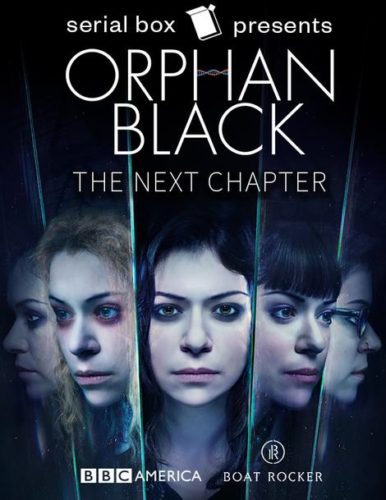 Check them out and yes, give them as a gift here.

Fanboy Planet is not affiliated with Serialbox. We are, however, an affiliate of Amazon.com, and any products purchased through Amazon links on this site may generate revenue.