It looks like this time, IDW is just doing it for themselves.

Today the entertainment company (not just comics) announced they’re developing a “straight to series” adaptation of Locke & Key, the excellent comics series by Joe Hill and Gabriel Rodriguez. This makes the third attempt to put it in development — though no one will ever see it, Fox ordered a pilot a few years back which is alleged to be excellent, but which the network ultimately passed on. It was then in development as a film trilogy, but obviously THAT’S off the table.

This is a bold move for IDW, as you’ll note below that the press release does not include mention of any actual network attached. This is a series out to be shopped around — and it would be perfect for Netflix, Hulu, or… dare we speculate about two San Diego companies coming together? … Comic-Con HQ. We shall see.

IDW Entertainment (“IDWE”) announced today that the award-winning, fan-favorite property Locke & Key is being developed as a television series. Author/creator Joe Hill will be writing the pilot and serving as an executive producer.

Locke & Key has garnered both awards and acclaim during its five-year run. Following the titular Locke family as they encounter magic beyond belief and evils beyond redemption, Locke & Key quickly won over readers and has since become a staple in introducing new readers to the medium. With the series adapted in dozens of languages across the globe, and more than a million copies sold worldwide, Locke & Key is an obvious choice to make the transition to the screen. 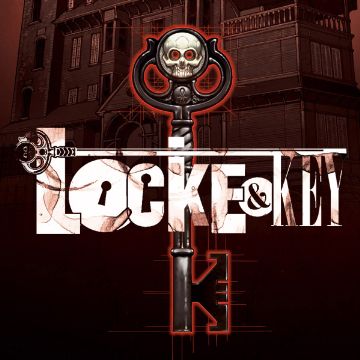 New York Times bestselling author, Joe Hill, has continually captivated readers through his gripping novels and award-winning comic series. Bursting onto the scene with his debut collection of short stories 20th Century Ghosts, Hill has continued to thrill audiences with the novels, Heart-Shaped Box, N0S4A2, and Horns, adapted into a feature-length film in 2013, starring Daniel Radcliffe. His forthcoming novel The Fireman debuts later this month. In addition to Locke & Key, his comic series The Cape, Thumbprint, Wraith, and the upcoming series Tales From The Darkside, have all been published by IDW.

“I love this story,” said Hill. “The seven years I spent working on Locke & Key was the happiest creative experience of my life and there still isn’t a day when I don’t think about those characters and miss visiting with them. The six books of the series are very like six seasons of a cable TV series and so it feels only natural to bring that world to the little screen and to see if we can’t scare the pants off viewers everywhere.”

Being able to adapt a book series into a TV series could persuade more households and their viewers to tune in to a new and upcoming program, such as Locke & Key. Some of the latest cable tv data statistics 2020 report that there were 120.6 million TV households in the United States in 2019-2020. Figures like this will provide positivity for the creators of new TV shows in that there could be a lot of people tuning in to help turn it into a worldwide phenomenon.

Ted Adams and David Ozer from IDW Entertainment, and David Alpert and Rick Jacobs from Circle of Confusion (The Walking Dead) will serve as executive producers along with Joe.

“Having Joe at the helm of the pilot ensures that the series will hold true to the brand that fans around the world have come to love. Locke & Key is a true global franchise”, said David Ozer, President of IDW Entertainment.

IDW Entertainment is developing Locke & Key as a straight to series and will maintain worldwide rights to the project.