Sure, Ulysses will appear in print eventually. But Marvel has been playing with the possibilities of digital comics with their Infinite Comics line. You can purchase them individually, or get them through Marvel Comics Unlimited. However you get ahold of them, Infinite Comics are just a little bit… cooler. Motion embedded, bits of animation — as with Madefire, Marvel is exploring what the new language will be for online comics. When they’re introducing a character who will be crucial to their biggest crossover event of the summer, it’s proof that Infinite Comics are here to stay — until the NEXT evolution…

This summer, the world’s greatest super heroes will wage war over a single young man. He is Ulysses, a new Inhuman with the power to profile the future. Before the epic clash of heroes, learn his story in CIVIL WAR II: ULYSSES #1 – a brand-new Infinite Comic series debuting digitally this June! Writer Al Ewing along with artists Karl Kesel and Jefte Paolo harness the power of the Infinite Comics format to bring you a prequel to the can’t miss comic event of the year – Civil War II!

How did Ulysses come to join the Inhumans? What journeys did he go through to master his powers? From high atop the Tower of Wisdom, the young man trains his new abilities with Karnak. But will Karnak’s training methods prove to be too much for Ulysses? Long before Captain Marvel and Iron Man can ask what to do about Ulysses and his powers – he looked in the mirror and asked himself first.

Can Ulysses learn to wield his powers properly? The prequel to the biggest comic event of the year begins this June when CIVIL WAR II: ULYSSES #1 comes to digital devices this June! 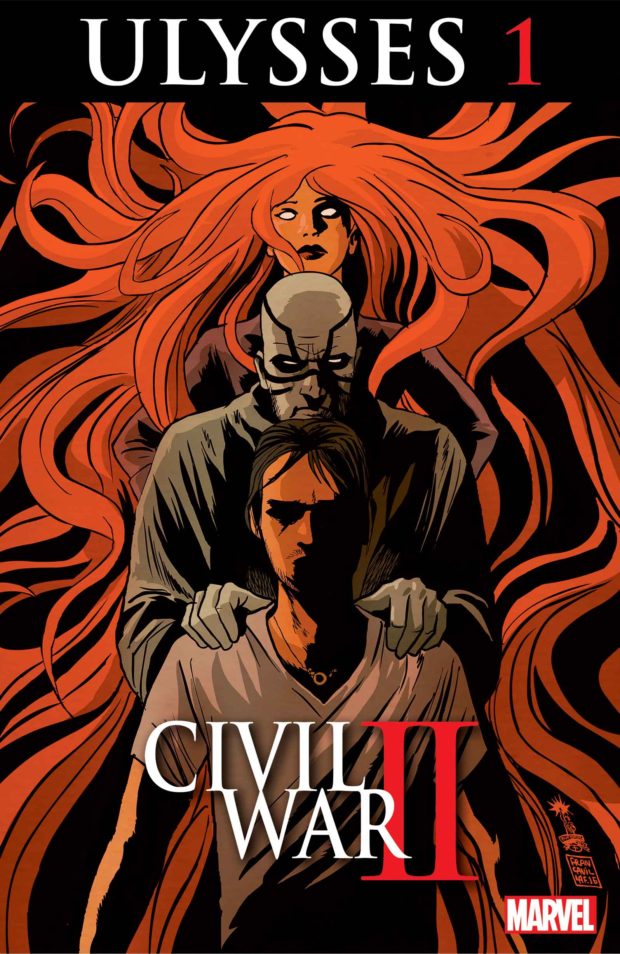