Followers of director James Gunn have known that he’s been in pre-production on Guardians of the Galaxy Vol. 2 for a few weeks. He’s been rehearsing the actors, studying their make-up tests, and occasionally weighing in on other pop culture matters. This morning, Marvel Studios officially announced that the movie has begun shooting.

On his own Facebook page, Gunn echoed the announcement, specifically calling out his excitement for a long rumored casting. As a fan of Disney’s The Strongest Man in the World, Gunn was thrilled to confirm that Kurt Russell has been cast. However, despite many fans’ attempts to trick him into revealing the role, Gunn would not be specific. He would say who Russell is NOT — J’Son of Spartax, but that’s because for whatever reason, Spartax does not exist in the Marvel Cinematic Universe. Many danced around the idea that whoever Russell is, the role will turn out to be the father of Starlord (Chris Pratt).

Our own speculation here at Fanboy Planet? Eros, aka Starfox, a character that has the goofy charm that Russell only occasionally gets to show on film, but was the bedrock of his performances as Dexter Riley for Disney, and, of course, as Jack Burton in Big Trouble in Little China. That character is also the brother of Thanos, which would make Starlord’s battles with the Mad Titan all the more personal. In Guardians of the Galaxy, the Nova Corps told Peter Quill — Starlord — that his non-human DNA was something they had never seen before, and it makes sense that nobody has a clue as to what race Thanos is. The Titans are old and mysterious.

Though the press release does not specify her role, Gunn did answer fans’ queries about Pom Klementieff, confirming that Mantis will be joining the Guardians. 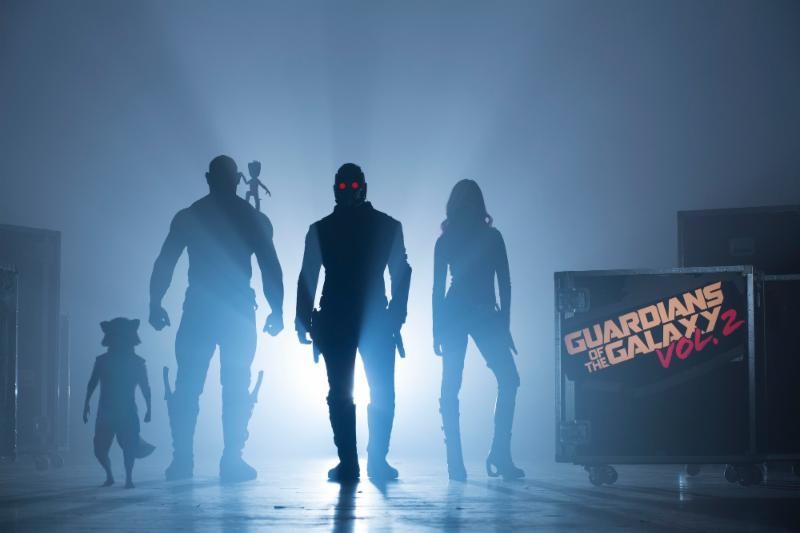 “Guardians of the Galaxy Vol. 2” is produced by Marvel Studios’ president, Kevin Feige, with Louis D’Esposito, Victoria Alonso, Jonathan Schwartz, Nik Korda and Stan Lee serving as executive producers.
Director James Gunn’s creative team also includes director of photography Henry Braham (“The Legend of Tarzan,” “The Golden Compass”); production designer Scott Chambliss (“Star Trek,” “Tomorrowland”); editors Fred Raskin (“The Hateful Eight,” “Guardians of the Galaxy”) and Craig Wood (“Guardians of the Galaxy,” “Pirates of the Caribbean: At World’s End”); three time Oscar®-nominated costume designer Judianna Makovsky (“Captain America: Civil War,” “Harry Potter and the Sorcerer’s Stone”); Oscar®-nominated visual effects supervisor Chris Townsend (“Avengers: Age of Ultron,” “Iron Man 3”); stunt coordinator Tommy Harper (“Pirates of the Caribbean: Dead Men Tell No Tales,” “Captain America: The Winter Soldier” ); co-producer / first assistant director Lars Winther (“Captain America: Civil War,” “Captain America: The Winter Soldier”); and six-time Oscar® nominee, special effects supervisor Dan Sudick (“Captain America: Civil War,”  “The Avengers”).
The original “Guardians of the Galaxy” was a hit with critics and audiences alike, earning over $770 million at the worldwide box-office, and holds the record as the most successful debut film in the Marvel Cinematic Universe. In addition, the film’s soundtrack went platinum and was nominated for a Grammy®.
Based on the Marvel comic characters first published in 1969, “Guardians of the Galaxy Vol. 2 “continues the lineage of epic big-screen adventures chronicled in “Iron Man,” “The Incredible Hulk,” “Iron Man 2,” “Thor,” “Captain America: The First Avenger,” “The Avengers,” “Iron Man 3,” “Thor: The Dark World,” “Captain America: The Winter Soldier,” “Guardians of the Galaxy,” “Avengers: Age of Ultron,” “Ant-Man,” and the upcoming release schedule, which includes  “Captain America: Civil War” on May 6, 2016; “Doctor Strange,” November 4, 2016; “Spider-Man,” July 7, 2017; and “Thor: Ragnarok” on November 3, 2017.
Marvel Studios continued its unprecedented success in 2015 with the release of “Avengers: Age of Ultron.” At the time of release, the film recorded the second biggest opening weekend of all time with a $191.3 million box office. It has also been the #1 release in every country where it has opened and has grossed over $1.4 billion in global box office. The studio also successfully launched another franchise with “Ant-Man,” starring Paul Rudd, Michael Douglas and Evangeline Lilly. The film opened #1 at the box office on July 17 and went on to gross more than $519 million at the worldwide box office. The film propelled the Marvel brands’ #1 domestic box-office opening streak to a record-breaking 12 consecutive films.