Marvel Studios has released the trailer and poster for “What If…?,” the first animated series set within the MCU which will premiere on the Disney+ service on August 11th.

The series features fan-favorite characters, including Peggy Carter, T’Challa, Doctor Strange, Killmonger, Thor and more as it explores a multiverse of unlimited possibilities – taking the stories we know and spinning them in all new directions.

Jeffrey Wright leads the cast as the voice of The Watcher along with many actors from across the MCU reprising their roles as voice talent including Chris Hemsworth, Michael B. Jordan, Josh Brolin, Sebastian Stan, Mark Ruffalo, Hayley Atwell, Jeremy Renner, Karen Gillan, Michael Douglas, Jeff Goldblum and more. 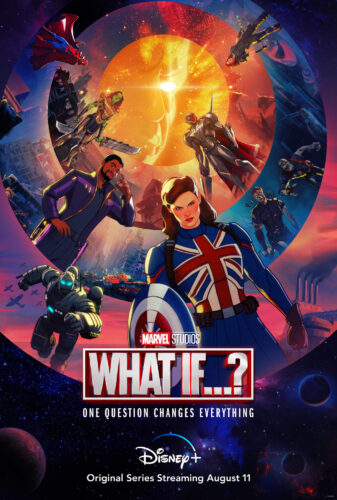