The creation of Michael Morbius was more Frankenstein’s Monster than vampire. First appearing in Amazing Spider-Man #100 thanks to Roy Thomas and Gil Kane, he showed up right as another tortured vampire, Barnabas Collins, was the strange heart throb of America’s youth. Since the Comics Code Authority technically forbade references to the undead, Morbius’ efforts to find a cure for his rare blood disease made him a living vampire. All the perks and weaknesses of being a regular old vampire, without the hassle of having to die.

As I’ve just been discussing with occasional guest contributor Steve Mix, the problem with Morbius is his motivation is far less about doing good than curing his vampirism. Various attempts at putting him in a comics series tend to be lather, rinse, repeat, no matter how well written they’ve been. But a movie — well, a movie only has to tell one good story. The makers of Morbius have clearly chosen to do that for at least some of the movie, and that story is Dracula. 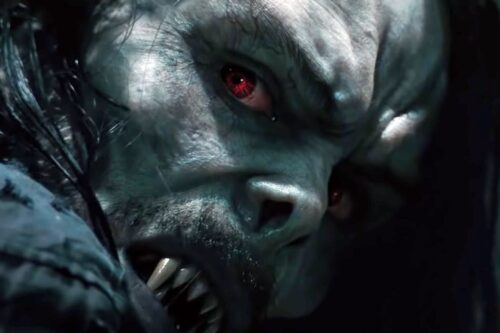 Luckily for Michael Morbius, nobody at the Port Authority has read it, nor seen the upcoming Last Voyage of the Demeter. When a cargo ship drifts into harbor with only one person onboard, maybe an eyebrow should raise. I kid, because clearly Morbius doesn’t need to be terribly good, just not terrible. Unlike Venom, Morbius doesn’t owe his origins to Spider-Man. That just happens to be who he first fought in comics. Daniel Espinosa’s film from a script by Matt Sazama and Burt Sharpless could easily stand on its own.

Though it clearly doesn’t, with the teasing of Michael Keaton’s Adrian Toomes. And Morbius also co-exists in a world with Venom. So all this movie has to do is survive enough to get Jared Leto and Tom Hardy into a Sinister Six with the upcoming Kraven the Hunter, Doctor Octopus, and Electro. (No way would the Green Goblin join these amateurs.)

Will it be good? I’m more interested in seeing this than another Venom movie, and I think in the current box office climate, a January release date no longer means the studio is dumping it. Nobody knows anything about when and why people will go to see movies. And it’s just so clear Jared Leto is trying so hard, man. I’ll give it a fair shake — and maybe more will be clear on how this all adds up after the release of Spider-Man: No Way Home. 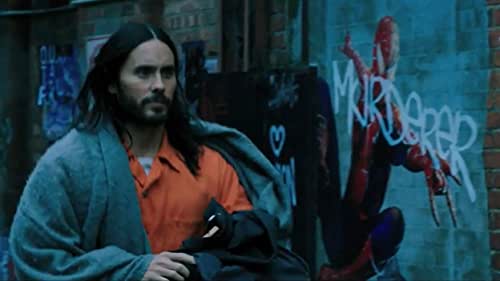