When rumpled reporter Carl Kolchak first hit television screens, no one thought he’d last 50 years. Though his movie-of-the-week debut, The Night Stalker, was soon followed by The Night Strangler, the subsequent television series didn’t even last a season. People remembered the series — and Darren McGavin’s portrayal — fondly, and it’s turned out to be immensely influential in popular culture. Even if you don’t know Kolchak, you know The X-Files and its many attempted knock-offs. (That includes an extremely unsuccessful remake of Kolchak: The Night Stalker that lasted even fewer episodes than the original.)

Moonstone Books has kept the flame alive, producing comics and anthologies starring Carl Kolchak. The distribution might have been small, but the fandom is mighty. And so Kolchak turns 50 in 2022, and Moonstone celebrates by bringing together some of horror fantasies top writers to create a new graphic novel anthology. The Kickstarter campaign starts soon, and Moonstone has me hooked with the presence of Jonathan Maberry and Kim Newman. That Peter David guy is no slouch, either, nor is Richard Christian Matheson, whose father Richard Matheson wrote the first two TV movies. 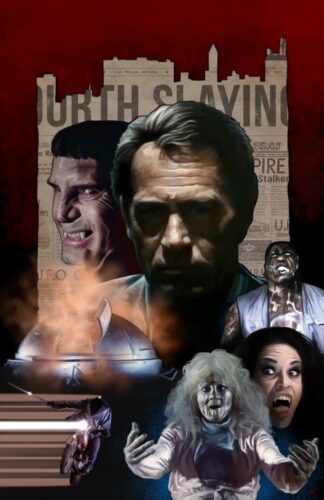 This book has a strong pedigree, and Moonstone’s press release confirms it:

You can catch up on Kolchak on the Syfy Channel, as well as pick up earlier books on Amazon. 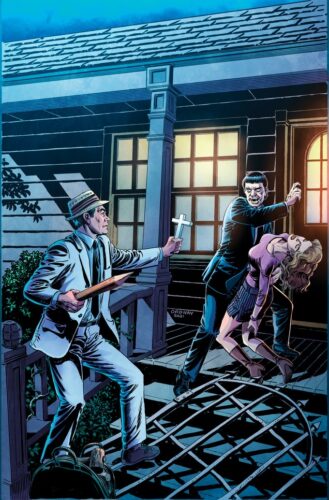