My Marvel Zombie eye may be a bit jaundiced, but if these books offer a brief spurt of an interesting story, I’ll have to take a look. At some. Even if they’re of characters I normally don’t buy. 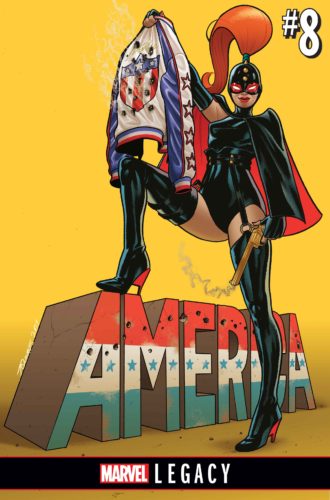 Simply because I missed the first issue on the stands, I haven’t really gotten into America, though she’s a rare kind of character in the Marvel Universe: she’s wholly original, and building a following. Has it broken out of cult status yet? I hope so. Is a wider audience ready for America? That, too, I hope, but I’m not positive that this cover helps as a jumping on point for some. 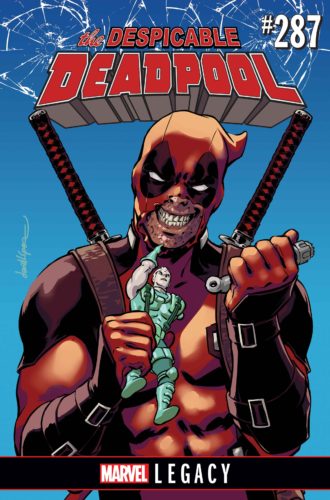 This creative team has done great things with Deadpool, so to me, this isn’t so much a rebirth — I mean, a legacy — as just more of the same quality. Of course, right when Deadpool 2 aims to feature Cable, it’s time to kill him in the comics. Isn’t that just like Deadpool? 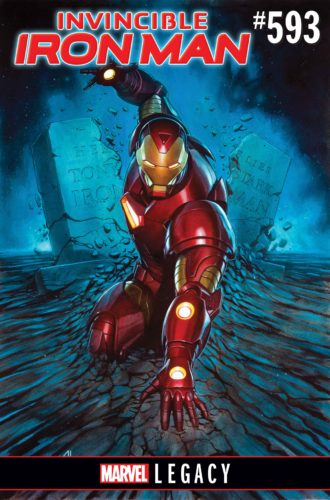 I’ve been catching up on Bendis’ Iron Man writing, and it’s good. Really good. And as much as Riri Williams aka Ironheart deserves to stay in the spotlight, thanks to the movies — including Spider-Man: Homecoming, Tony Stark IS Iron Man and needs to come back. 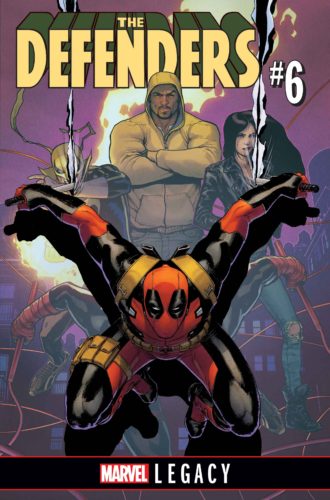 Deadpool again? The Legacy part here is a stretch. Though Deadpool has teamed up with Luke Cage and Iron Fist, it was in a joke retcon thanks to Gerry Duggan. For the acclaim that this take on Defenders is getting, Marvel would be better served keeping it to their street-level heroes. 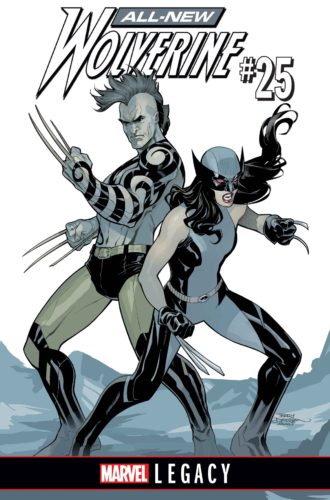 Without having read a single issue of All-New Wolverine, this cover has me interested. This is what I meant by a story that could draw me in — with Logan having stayed dead for a ridiculous amount of time in Marvel terms (Old Man Logan is essentially, truly, a different character), tackling the real reverberations of his legacy in his two “children” could turn out to be something really deep and moving.

Should you be interested in how Marvel is keeping track of the numbering: