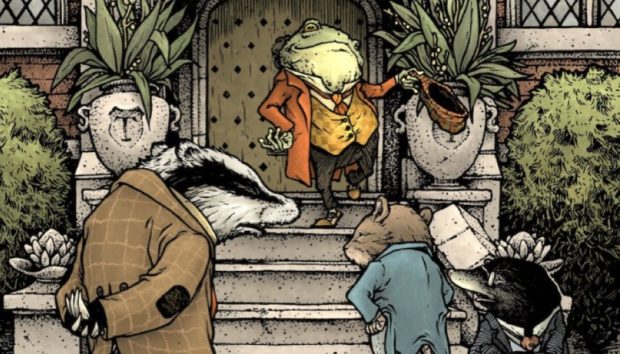 It’s a magical and influential book, which creators have adapted to film a few times over the decades — most famously, perhaps, Walt Disney. If the cartoon isn’t remembered, at least the theme park attraction featuring Mr. Toad is. The Wind in the Willows set the tone for anthropomorphic animal fiction — as noted below, without Kenneth Grahame’s classic, we wouldn’t have the Redwall series, nor the much-loved Mouse Guard. (I’ll also throw in the children’s book Frog and Toad Are Friends; it’s hard to imagine that without the Wind in the Willows.) Seeing David Peterson go back and illustrate the original novel, well, it’s a must-have for lovers of literature and art.

Experience the timeless story of Toad, Rat, Mole, and Badger in a beautiful new hardcover designed and illustrated by New York Times Bestselling author and Eisner Award-winning creator David Petersen (Mouse Guard). Painstakingly illustrated over three years, this special edition features both color and pen and ink illustrations throughout and Petersen will be hand-signing each copy of the 1st printing.

Since its first publication in 1908, generations of adults and children have cherished Kenneth Grahame’s classic, The Wind in the Willows. For in this entrancing, lyrical world of gurgling rivers and whispering reeds live four of the wisest, wittiest, noblest, and most lovable creatures in all literature—Rat, Mole, Badger, and Toad of Toad Hall. Like true adventurers, they glory in life’s simplest pleasures and natural wonders. But it is Toad, cocky and irrepressible in his goggles and overcoat, whose passion for motorcars represents the free and fearless spirit in all of us; just as it’s Toad’s downfall that inspires the others to test Grahame’s most precious theme—the miracle of loyalty and friendship. 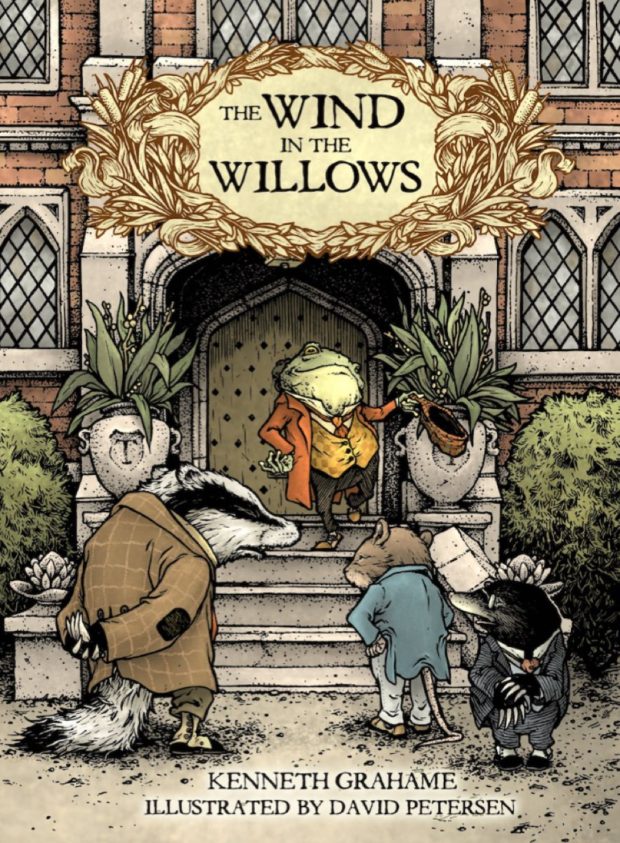 “The Wind in the Willows has long been a favorite of mine. I love talking animal stories and I don’t know that they get better than Kenneth Grahame’s,” says David Petersen. “This is also a bucket list project for me, something I had to illustrate before I passed on. It’s been tremendously difficult to illustrate as I’m trying to live up to the spirit of the original text while living in the shadows of illustrators like E. H. Shepard, Arthur Rackham, Inga Moore, and Robert Ingpen (among many others) who have visualized this tale in ways impossible not to be influenced by. The challenge of doing this story right has lead me to push my work further than I ever have, and I think my artwork will be forever changed by it for the better.”

The Wind In The Willows sets the standard for animal-themed novels and is the inspiration for Redwall,  Watership Down, and David Petersen’s marquee series, Mouse Guard.