The good news about the Kung Fu Panda franchise is that the movies do seem pretty much self-contained. As titles go, it’s pretty self-explanatory. There’s this panda, and he knows kung fu. Even though he is a panda, he is the Dragon Warrior, but all that really matters is that against all odds, he’s a really good fighter with a big appetite and a bigger heart.

Voiced by Jack Black, Po the Panda exudes a child-like charm and bumbling naievete, but always rises to the occasion by the third act. As was established in the first movie, he hero-worships his fellow kung fu masters, and still plays with their action figures. (Granted, they do make nifty toys.) Elsewhere in this timeless version of anthropomorphic China, a huge animal villain will arise, this time from beyond, a huge ox voiced by Oscar-winner J.K. Simmons. 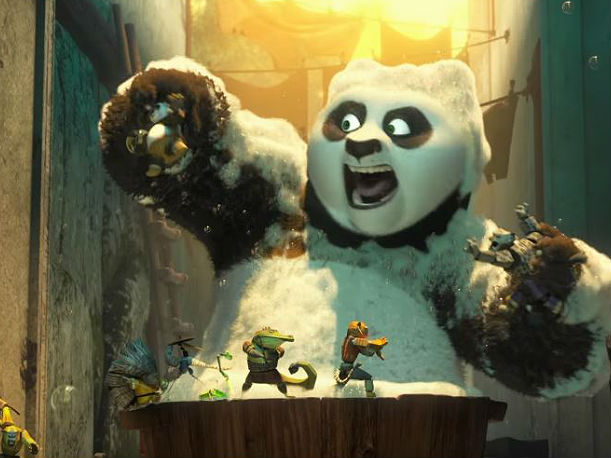 It really doesn’t matter much if you hadn’t seen the first two movies; Kung Fu Panda 3 reasserts the most important parts of the formula. Both Dustin Hoffman and James Hong get to amusingly grumble through their parts as Po’s teacher (a red panda) and adoptive father (a duck) respectively. As characters, they haven’t really grown, but they reassure us that they’re tropes that make us laugh. Other powerful actors voice characters, too — Angelina Jolie returns as Tigress, and Jackie Chan is wasted as Monkey, but it’s nice to know he’s still around at a time that my kid is just starting to figure out why he’s cool.

The bulk of the character development goes to Simmons, who does make a good villain, and Bryan Cranston as Po’s real father. The reasons for their separation seem a little abrupt, but serve as the macguffin that will force Po into true responsibility. To truly be a master, one has to share of themselves, and encourage others to become their best selves. Though that might be pedantic for adults watching, it’s not a bad lesson to instill in younger audiences. 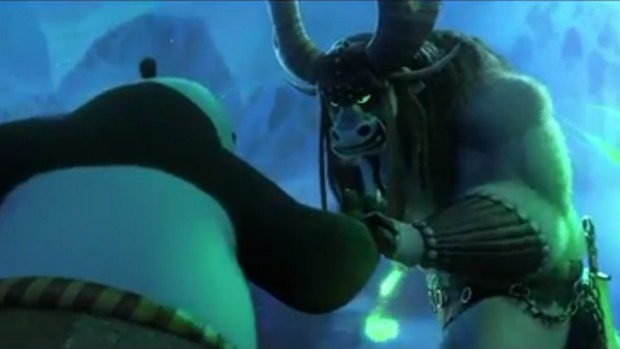 The Kung Fu Panda films aren’t exactly classics, but they’re not lazy products. A lot of affection and sincerity obviously went into this installment. Kung Fu Panda 3 is fun and well-made, and though not aimed at adults, it’s pleasant enough, and chock full of pandas. It’s just not quite as profound as it wants to be, probably because it keeps calling attention to how profound it wants to be.