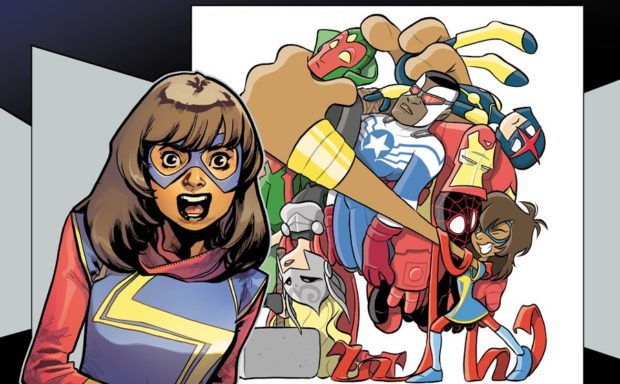 One of the greatest things about the character of Kamala Khan is that long before she became Ms. Marvel (thanks, Terrigen Mist), she was an absolute superhero fangirl. Of course, when you live in the Marvel Universe, that means your fannish behavior is toward actual people. Moderating fanfic boards, writing the adventures of her favorite heroes, Kamala has been a terrifically realistic portrayal of a teen girl with an extremely creative mind. So the idea behind this annual is great — maybe a fun jumping on point for new readers, but more likely, just very fun for those who have been onboard from the beginning. And PvP’s Scott Kurtz gets to contribute? I’m pretty sure HE’S squeeing harder than any fanboy or fangirl could. If you haven’t read PvP, you owe it to yourself. It’s brilliant.

Yes, you read that right! Now experience it like you’ve never seen as a bevy of all-star creators bring you the ALL-NEW, ALL-DIFFERENT AVENGERS ANNUAL this August! Featuring contributions from G. Willow Wilson, Mahmud Asrar, Mark Waid, Chip Zdarsky, Natasha Allegri, Zac Gorman, Jay Fosgitt, Faith Erin Hicks and Scott Kurtz – the best and brightest creators in comics bring you a tale of Earth’s mightiest that should not be missed! Kamala’s been busy saving the world lately. She’s an Avenger and a big time super hero, after all. But she still might be surprised at the stories about her and her teammates on the super hero fan fiction message boards. Are you ready for the first meeting of Kamala Khan and Mar-Vell? What about the “Amazing New Adventures of She-Hulk”? But nothing will prepare you for the flurry of fists and fur in “Ms. Marvel Vs. Squirrel Girl”! And that’s just the beginning! It’s all happening this August as some of the biggest creators in comics bring you the ALL-NEW, ALL-DIFFERENT AVENGERS ANNUAL #1! 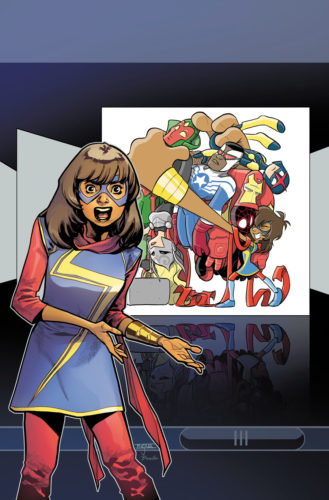 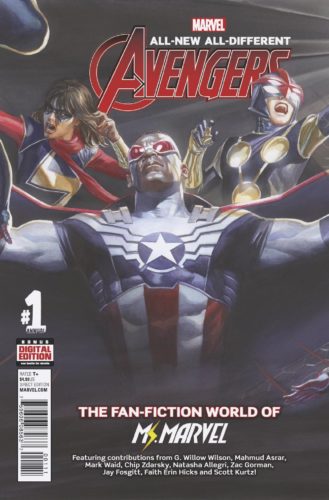 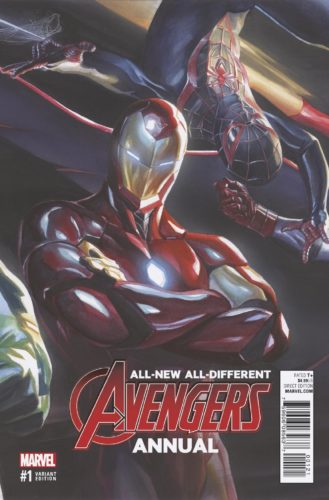 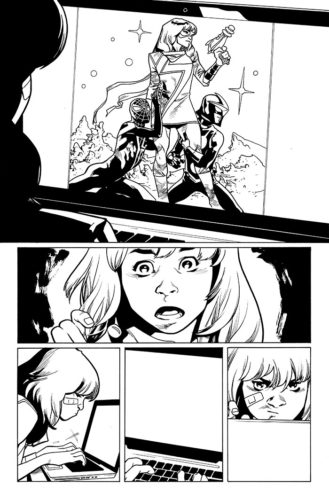 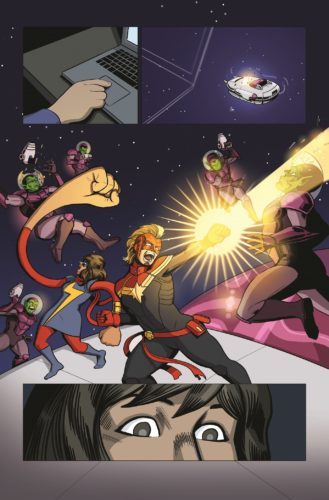 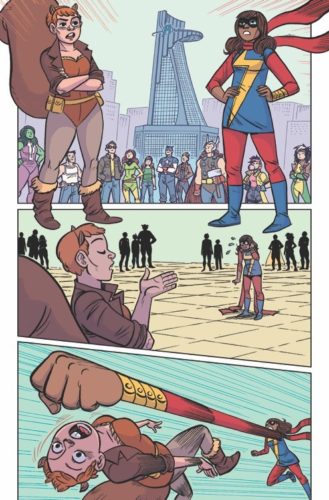 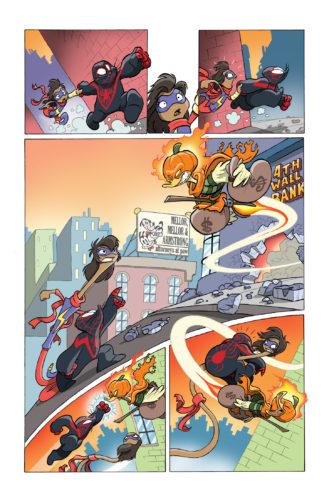 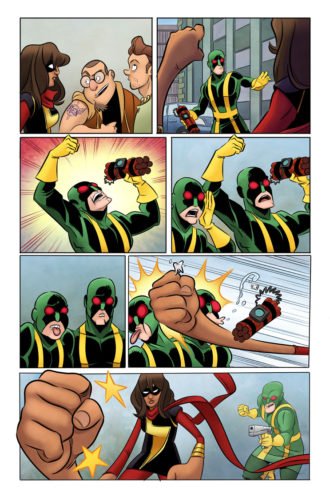 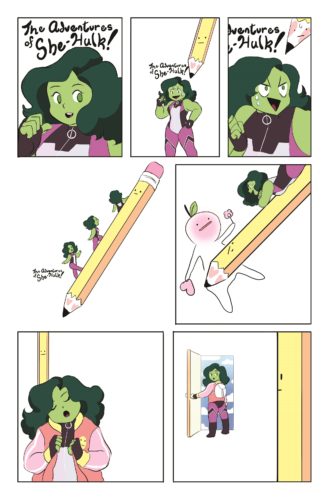