We all float down here.

Pennywise is returning to haunt a new generation’s dreams, this time in a big-screen adaptation of Stephen King’s classic novel It. This time Bill Skarsgard (brother of Alexander and son of Stellan) puts on the clown white, the red hair, the floppy shoes, and the supernatural predaciousness.

Directed by Andres Muschietti, the film version of It will only cover the first half (chronologically) of King’s novel, as the monster battles a group of misfit kids in Derry, Maine. It’s also updated to the 1980s from the novel’s original 1950s, which may mean that the kids’ terrors will take different shapes. But the clown remains eternal. Entertainment Weekly got the first official photo of Skarsgard in make-up, and it’s pretty scary — but it’s also not that different from Tim Curry’s interpretation.

Which, at least, even Skarsgard admits to the magazine, as he has to do something different from what Curry did. “I’ll never be able to make a Tim Curry performance as good as Tim Curry.”

If the first film does well in its initial release of September 8, 2017, then we’ll see the second half of King’s novel adapted, in which the kids come back as adults to engage in a final (?) battle with Pennywise. 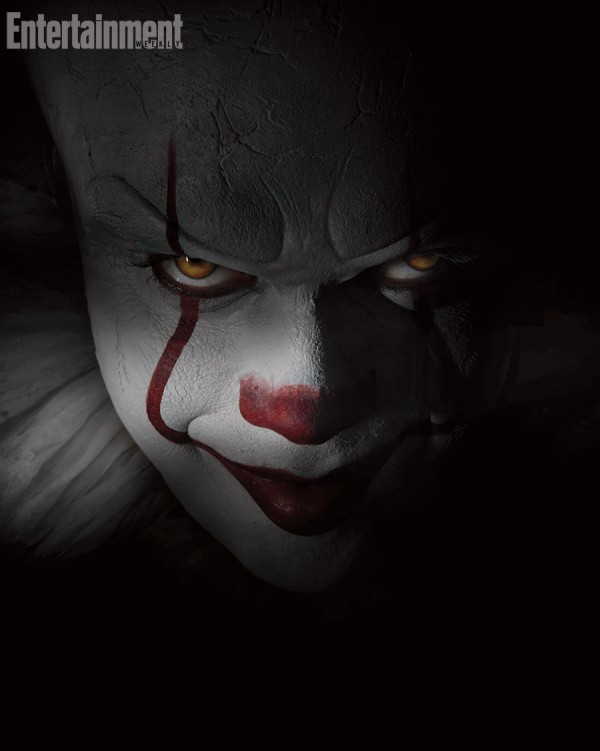