With all the deserved hype about Black Panther and Avengers: Infinity War, it’s easy to overlook the upcoming Marvel Studios’ Ant-Man and The Wasp. They’re still coming, and since the first Ant-Man was a fun surprise, it’s likely that the sequel will be both a good balance in tone to this year’s other big Marvel movies and a further exploration of the possibilities. After all, this one should be going into the microverse. Not that you’d know it from the synopsis provided yesterday by Disney:

From the Marvel Cinematic Universe comes Ant-Man and The Wasp, a new chapter featuring heroes with the astonishing ability to shrink. In the aftermath of Captain America: Civil War, Scott Lang grapples with the consequences of his choices as both a super hero and a father. As he struggles to rebalance his life with his responsibilities as Ant-Man, he’s confronted by Hope van Dyne and Dr. Hank Pym with an urgent new mission. Scott must once again put on the suit and learn to fight alongside the Wasp as the team works together to uncover secrets from the past. 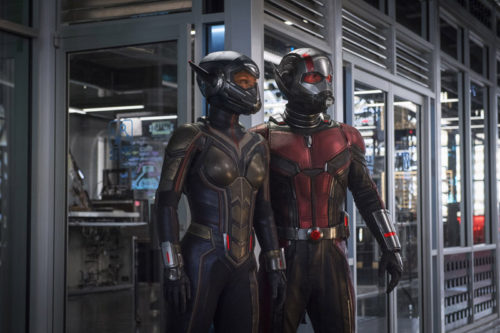