You may feel like you’re already living in a Sci-Fi World. That’s true. That’s valid. But for years a non-profit has been working to get the Hollywood Science Fiction Museum off the ground, with an adjunct Hollywood Horror Museum to boot. It was and is a great plan — a place where people can go to see props, sets, costumes, and more from classic movies and television that, let’s face it, have shaped us.

The good news is that the organization has gathered exactly what they promised to; they’d just been looking for a space. They also changed the official name to Sci-Fi World instead of the Science Fiction Museum (but I still have the Kickstarter t-shirt with the old name). The bad news is that their planned pop-up launch this summer had to be delayed due to extenuating circumstances that we have all been part of.

The great news is… it’s just delayed, not cancelled. And John Purdy, the CEO of the Hollywood Science Fiction Foundation and Hollywood Horror Museum has offered an exciting confirmation and preview of what’s to come in the near future. Of course, we know the future is already here.

You may know my work as an Emmy winning director, or producer of the Paramount Star Trek World Tour, Star Trek The Adventure and James Cameron’s Titanic tour. Having worked with the Star Trek franchise and actors for almost 15 years, I became CEO of the Sci-Fi foundation because I knew I could make a difference and finally get the museums open.

In February 2020, we were preparing to make an announcement that our Enterprise Bridge sets and Sci-Fi Museum props would be displayed inside a 10k square foot space in a Los Angeles mall in September 2020. We were creating the art, a media campaign, pre-ticket sales and scheduling, sponsorship, videos, Wondercon booth and other convention appearances to promote it. And then Corona hit. 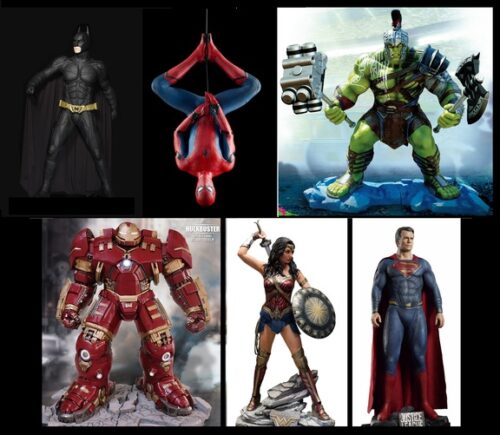 The good news is, we’re not going anywhere, and as soon as this scary time in our world is under control, we will announce an appropriate time to finally open our first popup museum in 2021, inside an LA mall that is available. Once it is open and hopefully successful, we plan to begin production on the Hollywood Horror Museum.

The Science Fiction museum will open under the name Sci-Fi World, which we feel is a much more commercial title. Rest assured, the museum will contain the educational components as outlined in the original proposal. In addition, it will include props and sets from Star Wars, Doctor Who, and something new we call The Science of Superheroes with life-size figures from Marvel and DC.

As well as our newest Horror Museum life-size figures, Jack and Wendy from Kubrick’s The Shining, created by Howard Senft. 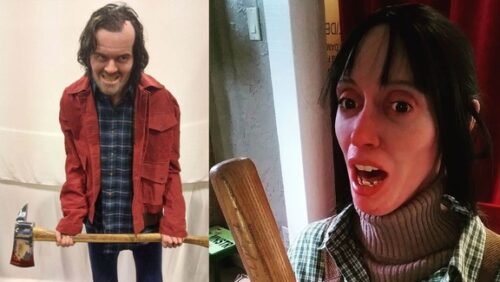 EVERYONE who has donated in the past for tickets, promotions, special items or events that were not fulfilled, will get everything they were promised, once we are able to open the doors. You are our first priority.

Until then, be safe, be strong, and you can always contact me at horrorworld@yahoo.com if you have any questions or concerns. Or visit our pages www.hollywoodscifi.org and www.hollywoodhorror.org.

Something to look forward to! We’ll keep you up to date when the pop-up can be in place.