The title may be Bad Samaritan, but the film really proves that David Tennant plays a good monster. As culturally we’ve come to realize that the scariest monsters may still be us, this thriller couldn’t be more timely. The rich may be different from you and me, but the insanely rich are still recognizably, frighteningly, human.

But we must pause and acknowledge that, yes, whether it be in Brandon Boyce’s script or Dean Devlin’s direction, there is a leap of logic in the superhuman speed with which Tennant’s Cale Erendreich can clean up after himself. For some, that may get in the way of giving over to this movie — and it’s understandable. Maybe there were scenes cut that explained it better, but would have dragged it down. Because the movie we have right now is brisk, and once the deadly horse race between Erendreich and Sean Falco (Robert Sheehan), it’s relentless.

Though more gruesome than Alfred Hitchcock might have played it, Bad Samaritan has a structure that feels like one of the master’s films. Two thieves have a good scheme going; Sean and Derek (Carlito Olivero) run a valet parking service for an Italian restaurant in Portland. When they get a set of car keys from a patron, one of them will drive over to the patron’s home and do some light burgling. Devlin and Boyce set us up to see that Sean’s heart isn’t really in it, and though they’ve gotten away with it so far, neither Sean or Derek are particularly good at it. 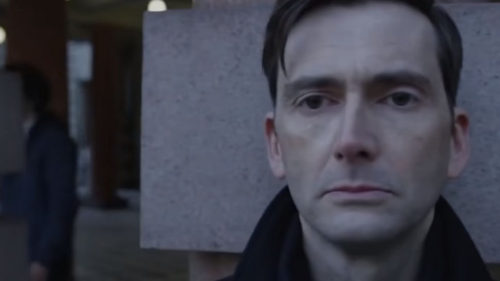 It all goes bad when, of course, they rob the wrong customer. While searching the arrogant Erendreich’s elegant high-tech house, Sean unlocks a door he shouldn’t — literally. When he takes a picture of Erendreich’s checkbook, the flash reveals that he’s in a room with Katie (Kerry Condon), who’s been bound and gagged in leather and chains, beaten and bloodied. Of course he has to do something, but while trying to find a tool to break her chains, Sean stumbles into another room that looks an awful lot like a serial killer’s murder room. (As if the one above wasn’t bad enough.)

Somehow, the police find nothing. Ehrendreich is that good. And he’s also good enough to have figured out what Sean and Derek know.

We’d all like to think that we’d instinctively do the right thing, but Bad Samaritan acknowledges that taking the right course of action isn’t the first thing we think of. Sean isn’t really a bad person, and he wants to save Katie. But he also makes wrong choice after wrong choice in doing it, hampered by how long Ehrendreich has been playing his game. 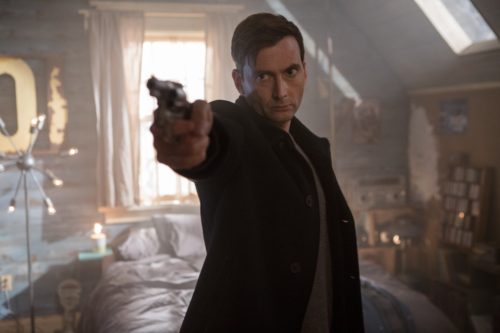 Sean wants justice; Ehrendreich doesn’t just want to destroy Sean, he wants to destroy everything in Sean’s life. And that’s another disturbing facet to Boyce’s script — in the age of social media and so much of our lives online, destroying a life could be pretty easy if one knows how.

In the nominally lead role, Sheehan displays charm, fear, and growing resolve. Tennant’s performance isn’t exactly revelatory, since his turn as Kilgrave on Netflix’s Jessica Jones. But he does it with a decent American accent that does waver occasionally — but there’s a reason for that, too. As Tennant’s victim, trying to play along to survive but almost broken before we even meet her, Condon may have the toughest role. 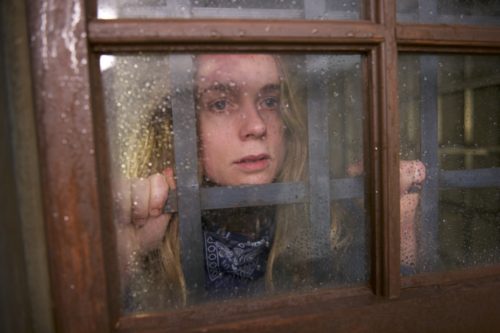 Devlin also does a good job of showcasing Portland, Oregon. The city’s character really permeates the movie. And as this Hitchcockian thriller moves away from Portland, credit must also be given to Devlin for not making a mistake Hitchcock did in Psycho – when the explanation for what’s really going on comes, it doesn’t stop the movie cold. We do get pieces of it from the very beginning, but just enough to tease and taunt until the denoument.

It’s not the sprawling epic we’re used to getting for summer movies, but Bad Samaritan makes a good change of pace, even as its own pace will keep your heart racing. Don’t let it get lost in the infinity of superhero movies.