If you’re a superhero fan, it’s likely you have a keen sense of justice. And it’s long been understood that Bob Kane, credited as the creator of Batman since 1939, would have been nothing without his friend Bill Finger. For years, it’s been settled that Kane came up with the name and a version of the cape that was really stiff bat-wings. Finger came in and wildly improved upon… well, everything, and when it comes down to it, created the full mythos including Batman’s origin.

Finger also coined the term “The Dark Knight.” To list everything that the writer contributed to one of the best-known characters in the world could fill a book — and it did: Bill the Boy Wonder by Marc Tyler Nobleman. Yet it wasn’t until 2016 that Warner Brothers/DC Comics adjusted the credits so that instead of “created by Bob Kane,” it says “…by Bob Kane with Bill Finger.” 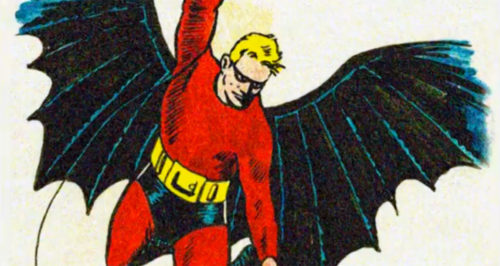 All of that would be great, except that Finger passed away just shy of his 60th birthday, alone and penniless, in 1974. Kane went on to continue taking all the credit until his death in 1998, successful and hoodwinking popular culture to the very end. But Batman and Bill doesn’t dwell too much on that, though it’s clear that even the ghostwriter on Kane’s autobiography feels guilty for having participated in lying. It focuses on a more positive yet poignant story — not about all Bill Finger was denied in life, but about his descendants (and Nobleman) working to restore his legacy and find a connection to their own pasts.

The documentary dances over stories from Nobleman’s book, but its publication is only the beginning. There are accepted stories about Finger — that he died alone, no longer has any living family, and that he was buried in a Potter’s Field. Though one of his writing collaborators confirms the first story, Nobleman discovers a granddaughter, Athena Finger.

Once Athena enters the picture, Batman and Bill becomes something unexpected. Though of course the “plot” is about copyright law (how… exciting?), the story is really about connecting family history. As Athena acknowledges, she always knew who she was, but for decades, no one really believed her. Until 2014, fans didn’t even know about her.

The story is also about the determination and detective work of Nobleman. It’s almost an obsession as he pieces together the past, but it also draws us in. From the perspective of giant corporation Warner Brothers, this is about copyright and profit, but from the perspective of fandom, it’s about justice. 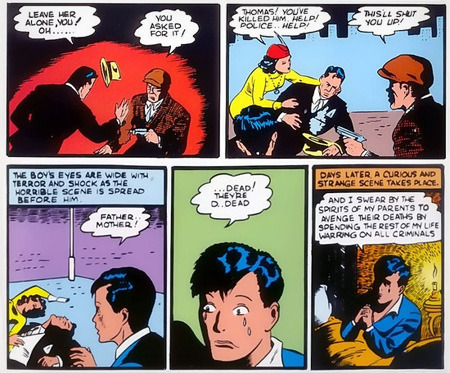 It’s riveting and moving. I also have this sneaking suspicion that it will be sparking a lot of healthy debates among fans at conventions this year — as we have moved into a new and better era for creators’ rights, Bill Finger’s story may be the most egregious, but there are many creators who never got the credit they were due. There’s a moment from a video in the early 90s that features Stan Lee interviewing Bob Kane, and it’s just a little chilling knowing they were both in on a lie for the sake of PR.

By the end of Batman and Bill, you’ll know that some justice was done. And Nobleman discovers a better ending for Bill Finger’s story than had been believed for decades. It’s an ending almost worthy of coming from the mind of Bill Finger, and for now, it’s enough.

Note: Nobleman also wrote a biography of Jerry Siegel and Joe Shuster, which is also well worth the read.