The X-Men Universe always prided itself on being the most out there of the Marvel books. Especially after writer Chris Claremont took over from Len Wein, for a while it was really hard to predict what was going to happen. When Claremont teamed with artist Bill Sienkiewicz on The New Mutants, an X-Men sister book that had previously been rehashing old themes, things got really weird.

Sienkiewicz’ art was unsettling, strangely realistic and yet dreamlike, almost nightmarish, at the same time. Nothing like it had been used for Marvel’s mutants before, and it brought an edge that these books had lacked for years. Into that mix came David Haller, the boy called Legion. 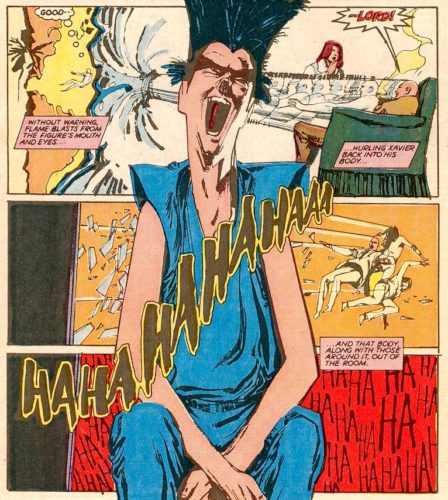 Who he really is in the comics doesn’t matter to FX’s new series Legion. (They’ll probably get to it, but why spoil it?) What does matter is that series creator Noah Hawley, who wrote and directed the pilot, has managed to transfer the feeling of Sienkiewicz’ art to the screen. This first episode is unsettling, cool, kind of fun, and yet… did I mention unsettling?

When we encounter David (Dan Stevens), it’s after a montage of his life so far — happy at first, then far from it. Because clearly, David is capable of many things that ordinary humans are not. Late in the episode, he is labeled a mutant (if the “X” in the “O” of Legion didn’t tip you off), possibly the most powerful one ever recorded.

His childhood was plagued by outbursts of his powers, destructive and probably still not explored to their fullest. There’s telekinesis, possible pyrokinesis, and something telepathic going on that’s just too dangerous. So the solution has been to keep him drugged in a psychiatric hospital. At least, that’s what we’re meant to believe. 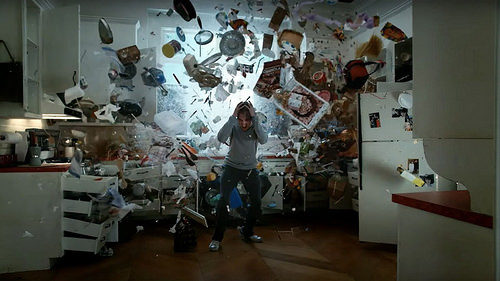 It might even partially be true. But it’s also clear from Hawley’s script and direction that much of what we’re seeing is David trying desperately to piece together reality through a fog that he might also be imposing on himself. He knows how dangerous he is, even if he’s trying to forget it. There are horrendous visions plaguing him, and for all we know, they might be reality, too.

Like the original X-Men movie, Legion is set vaguely in the future. The production design occasionally tips it off, but for the most part, David keeps seeking normalcy in an idealized picture of the past, even if it is a somewhat psychedelic one. The story structure seems borrowed from the ’60s film David and Lisa, with a Marvel sci fi twist. The soundtrack plays 60s rock, and David’s sister (Katie Aselton) looks like she stepped right off the set of What’s New Pussycat?

David has even fallen in love with another patient named after a psychedelic rock icon — Syd Barrett (Rachel Keller). Syd can’t stand to be touched; to be fair, maybe it’s too dangerous for David to touch anyone. And constantly reminding him of that is his loopy best friend (?), Lenny (Aubrey Plaza), who brings an unpredictable energy to every scene she’s in.

Of course there’s a larger conspiracy at work here, and Hawley has promised that Legion will touch the X-Men cinematic universe a bit. But that seems almost unnecessary; this dark corner of that universe is actually the best thing that’s come out of it, a worthy superheroic successor of David Lynch’s Twin Peaks coming on the eve of that cult show’s imminent return. 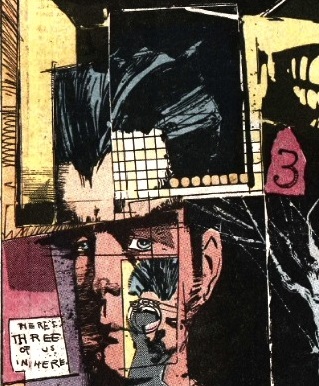 It’s not so much that I had my doubts about Legion going in; I just didn’t see the point. And I was wrong, really wrong. Legion revived all the feelings I had when reading that all-too-brief run of Claremont and Sienkiewicz on The New Mutants, one of my all-time favorites that I’m going to have to dig out now. Because Legion just opened the door to a whole new level of what can be done with “superhero” stories on television.

And I can’t wait to see the next level it hits. 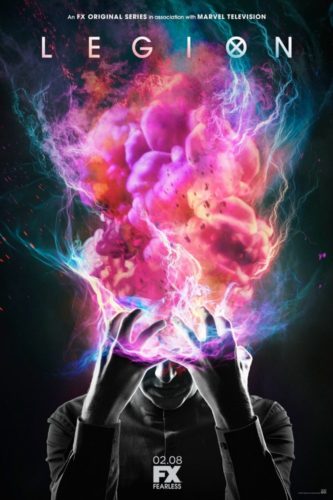