On the corner of J Street and 1st Street in San Diego’s MLK Plaza, you will see a giant blue skullcap with moving antennae. If you haven’t caught all the other signage, this would be the dead giveaway: THE TICK IS BACK!

Peter Serafinowicz’s implacable piercing blue eyes stare from many different angles. They’re warm, yet subtly manic. This is a hero, perhaps, for our times. Granted, he’s been reinvented a few times from comics to television since the early 1990s. This time around, Amazon Prime has developed a darkly funny show that will debut on the streaming service on August 25. And in case that date hasn’t stuck in your head, there are clues all around the Comic-Con installation to remind you of that date.

“The Tick Takeover” has three segments — an Amazon Prime member’s lounge where you can register, get a wristband, and watch the pilot if you haven’t already. If you’re a fan of the short-lived Fox series, this version is definitely bleaker in tone, though setting up The Terror (Jackie Earle Haley) as the arch-nemesis of (at least) the first season. In both the animated series and the previous live-action one, the world’s oldest living supervillain was a one-off, but here he’s definitely a nemesis to be reckoned with for Arthur (Griffin Newman) and his super-powered best friend the Tick (Peter Serafinowicz).

From the lounge, fans can head over to the second piece, where they can personalize a piece of swag and get the highest honor of them all — the chance to affect the Tick’s mood. Control levers shift the giant antennae, perhaps to the confusion of casual passers-by. Each lever has a labeled emotion, which, let’s face it, is crying out for a t-shirt or set of emojis from Amazon. Keep an eye out for that prediction to come true.

After registering, visitors are led into a section of “The City.” 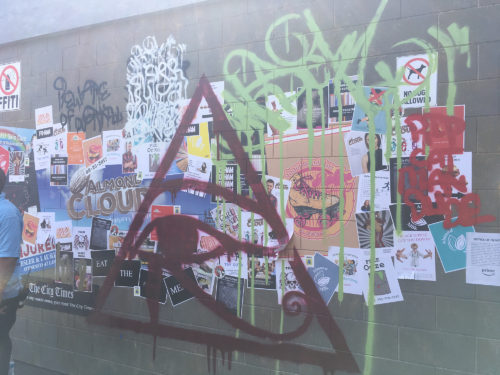 The outside is graffiti-covered, except strangely the wall with the ad for “Brown Tingle Cola.” That may be one of the most bluntly named products ever. Fans head into a convenience store, where a video screen informs them of the mission: the Tick needs help, and their wristbands will help them uncover clues to a nameless heinous crime. Perhaps it will add up to capturing the Terror, or the electrical menace Miss Lint, or another of the many hinted at villains. (Give creator Ben Edlund credit — only the Terror has been a consistent villain from series to series. He always creates a new roster of ridiculous foes as well as allies.)

Once the challenge is completed, fans get their reward, and this is a pretty good perk. A green-screen 360 video shoot occurs, allowing participants to either fly or explode. I chose explosion. 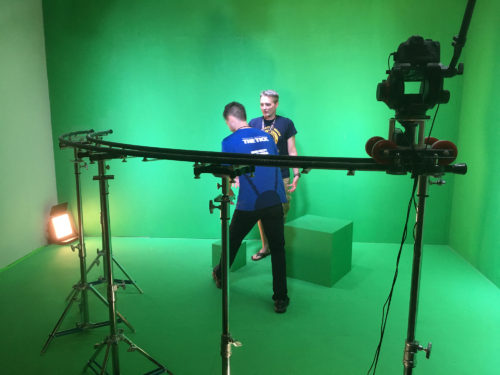 Then you pick up a t-shirt and return to the real world. But this is one heck of a diversion. 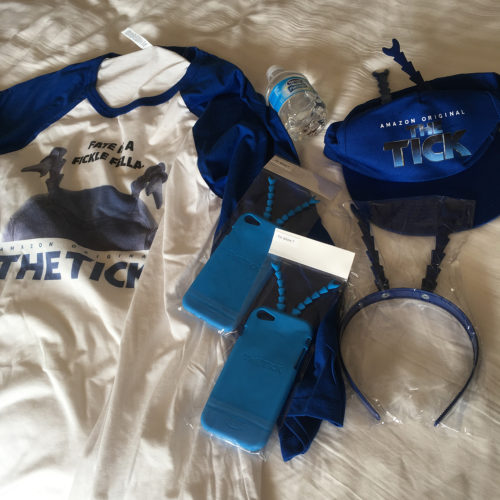 This is one of the most complicated and cool installations I’ve seen at Comic-Con; for full immersion, the only one that tops it was the one Legendary Studios brought for Godzilla a few years ago. If you’re here at Comic-Con and you have the time, this is worth the wait. I’m hoping the series is, too. 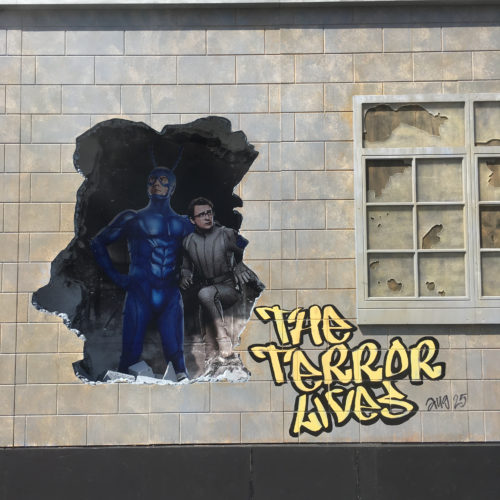