At a Marvel press conference yesterday to celebrate the release of their small independent film Avengers: Infinity War, studio head Kevin Feige took a page from the Scarlet Witch. He uttered the words “No Hall H this year,” and there was pandemonium on Twitter. Maybe that’s an exaggeration, but it definitely caused speculation late on a Sunday night.

Feige did say that Marvel Studios would have a presence at San Diego Comic-Con, as there would be some sort of panel to celebrate the 10th anniversary of their productions (beginning with Iron Man). For those more concerned about swag, he hinted at that as well.

Let’s look at it logically: by the time Comic-Con rolls around on July 18th, Marvel Studios will have released its last film for 2018 — Ant-Man and the Wasp on July 5. Venom doesn’t count, though Spider-Man may be in that one, because it is a Sony film, not a Marvel Studios film. The next film on the schedule for Marvel Studios is Captain Marvel, currently in production but not scheduled until March 6, 2019. Two months after that, we’ll get Avengers 4 on May 3, 2019, which, maddeningly, may already be finished filming. 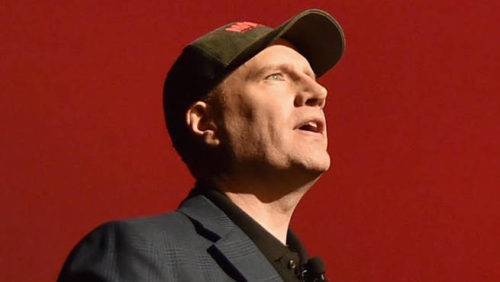 Yes, there are rumors that Disney wants to create a Marvel event similar to Star Wars Celebration, and the fandom could certainly be into that. However, I think this boils down to secrecy. Feige could take a victory lap at Comic-Con this summer after Infinity War (and probably will), but let’s look at how good the secrecy has been on that film. It opens Thursday, and though we’ve seen many characters and many shots of people fighting that caused us to get all verklempt. But we don’t really know what’s going to happen except in the broadest of strokes, and that’s got me more excited for this film than I would have been if I’d seen too much ahead of time. Marvel is restoring the pleasure and surprise of movies — making teasers really just that: teasers. 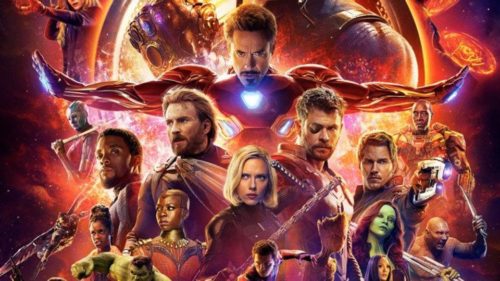 They’re retrenching, and holding their cards close. I love it. After Avengers 4, we don’t actually know what the movies will be beyond Guardians of the Galaxy volume 3. We have guesses, of course — Black Panther must have a sequel, though it’s more likely to be titled World of Wakanda. Maybe we’ll get Ant-Man and the Wasp: Into the Microverse. Maybe we’ll get Ironheart. Feige has hinted at The Eternals as a possibility, which seems like Marvel might want to go head to head with DC Films’ New Gods.

Everything will change on May 3, and I think it’s no accident that we don’t know the title yet of Avengers 4, and if Marvel really has all the cards I think they do, it would be great if we didn’t get the title until about March 16, 2019, so that everyone will have had a chance to see Captain Marvel. Fans know that the Kree and the Skrull will be bringing their battle to Earth in that one — and that it’s set in the 1990s. (Crap. My adulthood is now nostalgia.)

PURE SPECULATION TIME: At the end of Captain Marvel, Carol Danvers, aka Captain Marvel, will either head to space to take the Kree/Skrull War back to them or be thrust forward in time to discover that for 20 years, the Skrulls went underground on Earth. They’ve been here all along, and some of our allies are not who we thought they were. It’s… Avengers: Secret Invasion. 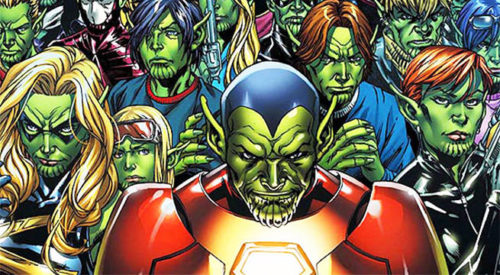 And then the Marvel Cinematic Universe will never be the same. Kevin Feige will take a deep breath, skip Hall H again in 2019, and announce the next wave of Marvel movies at D23 Expo in Anaheim in August 2019.

There will be surprises.