Self-described producer/ director/ writer/ butcher/ baker/ candlestick maker Shaun McLaughlin has been formative to your fandom. Working as a producer for Warner TV animation from Superman: the Animated Series to Static Shock and beyond (that’s Batman Beyond), Shaun also spent some time with two lab mice trying to take over the world. After leaving Warner Brothers, he’s continued all those occupations — though I admit I’ve never actually seen one of his candlesticks.

Now Shaun wants to create a live-action short film that plays around with some of the ideas that have been formative to his career — a mockumentary about a retiring caped crusader called “The Last Night of the TwiKnight.” As Shaun describes it on his Kickstarter site:

The Last Night of the TwiKnight is a story about an everyday superhero. He has no powers. He has a thirst for justice, but now his body is starting to betray him. But he JUST. CAN’T. STOP.

But age may stop him.

Join us in our conversation about the short and Shaun’s career, and then back it — because if you watch to the end, you’ll note that you have an opportunity to win a pretty cool item from his Warner Bros. days… 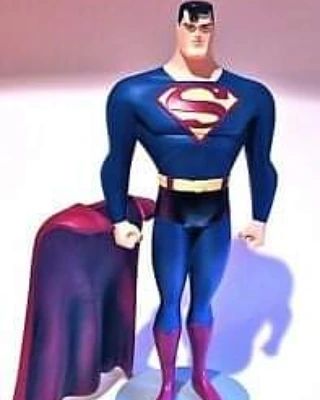