It’s official as of this morning: The Last Jedi. Written and directed by Rian Johnson, it’s coming to a theater near you on December 15, 2017. (Or, more likely, the night before, but hey, there’s a box office tradition to maintain.)

Does it refer to Luke Skywalker (Mark Hamill)? Rey (Daisy Ridley)? Or do we remember that the word “Jedi” can be plural — and since there’s still an Episode IX, referring to the last Jedi in no way means they’re done. It just means that this snappy, memorable title fits in with George Lucas’ original intent of naming the chapters like an old movie serial. 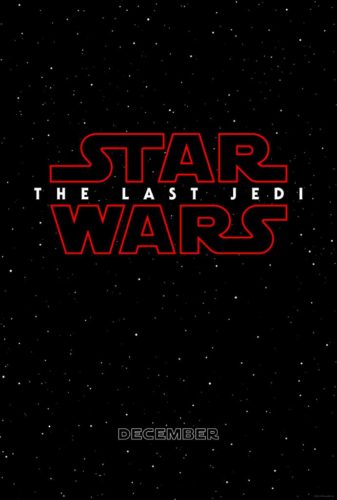