Let’s consider this old news refreshed and revived. It has long been understood that James Cameron would get certain rights back to The Terminator in 2019. Allegedly, that was the reason for Skydance and Paramount rebooting the series with Terminator: Genesys — trying to give the franchise new life and squeezing as much out of it as possible before the creator got it back.

Deadline.com alleges that Cameron has plans to revive and finish the franchise, talking to Director/VFX wizard Tim Miller (Deadpool) about ideas for it. Skydance producer David Ellison seems to still have a hand in it, already reaching out to “top-flight science fiction authors” to work on the story. Let’s be honest — he had us at Tim Miller.

It’s a labyrinthine journey that the Terminator has taken, almost as confusing as the time travel that it hinges upon. Cameron famously sold the rights to the first film to producer Gale Ann Hurd for $1, in exchange for the right to be the director. That Orion Pictures release was a lean, low-budget action masterpiece that arguably made Arnold Schwarzenegger a star far beyond what Conan the Barbarian could hope to accomplish.

Years later Carolco Productions had the rights, and Cameron teamed with them for Terminator 2: Judgment Day, a much bigger budget blockbuster that flipped the script, gave us the T-1000, a decent attraction at Universal Studios, and maybe offered hope for humanity that the first one didn’t have. 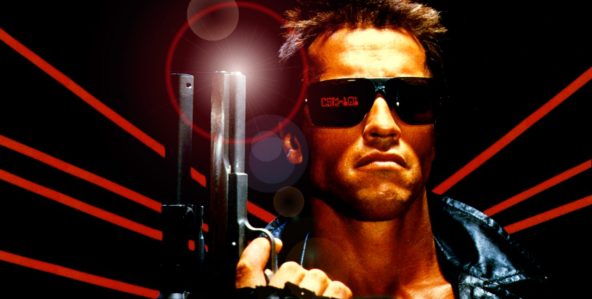 Cameron left the franchise, ignoring Terminator: The Rise of the Machines and Terminator: Salvation, either one of which should have been the end of it. The Fox TV series The Sarah Connor Chronicles was an interesting side journey, though it really is even more of an alternate take on the concept than the concept is in itself.

Because Schwarzenegger came back for Terminator: Genesys, Cameron gave that one a vague blessing. It was a movie where you could see good ideas, just a lot of poor execution. Though it did fairly well globally, it did not resonate in the U.S., and there the franchise seemed to have ended.

It’s not likely Cameron will direct, or even necessarily write. He’s currently scheduled to shoot somewhere between four and eleventy sequels to Avatar, so his plate and that of his production company Lightstorm Entertainment is pretty full. He’s got a new amusement park land to constantly revise and renew. 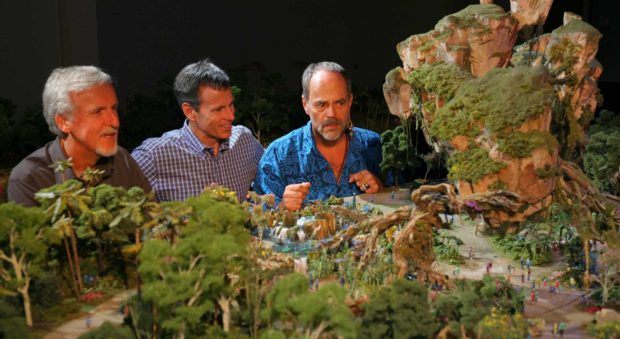 But I’ll put it down in writing now — my suspicion is that this is part of a long game for where Cameron, a certified genius, wants Lightstorm Entertainment to go. He wants to take back control of The Terminator, his real first child, so that there’s more value to the Lightstorm legacy, and that it won’t dissipate when he grows completely tired of filmmaking.

He’ll still be a storyteller; it’s in his blood. But his kind of mind has to be seeing that movies will someday go away, and that it’s interactive experiences that will hold people’s attention in the future — possibly the near future. Hence teaming with Disney on “Pandora” in Animal Kingdom.

Let me predict that within the decade, Lightstorm Entertainment will be a shiny jewel that Cameron wants to add to Disney’s crown, alongside Lucasfilm, Marvel, and the Muppets. It’s also more likely that the Terminator will end up being an IP like Indiana Jones — not the star attraction, but worth noting. Historically, Disney shuns apocalyptic visions, but thanks to Marvel and Lucasfilm, a franchise like the Terminator isn’t as out of their wheelhouse as it once was.

It’s a prediction, not a fact. I just wanted to go on the record now so if it does happen, I can act really smug as an old man. Assuming I haven’t been Terminated by a cyborg Kermit the Frog. 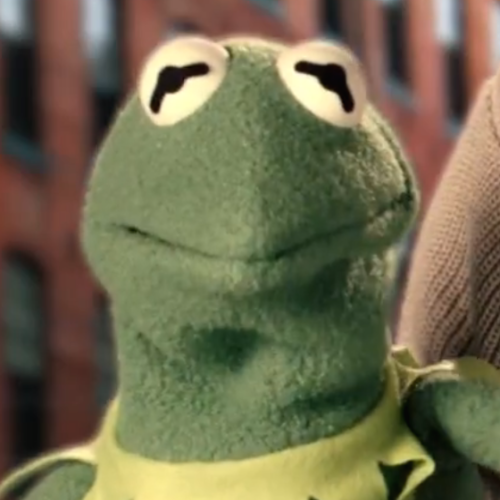